It is up to EU, not Turkey, to resume or end accession talks, Erdoğan says 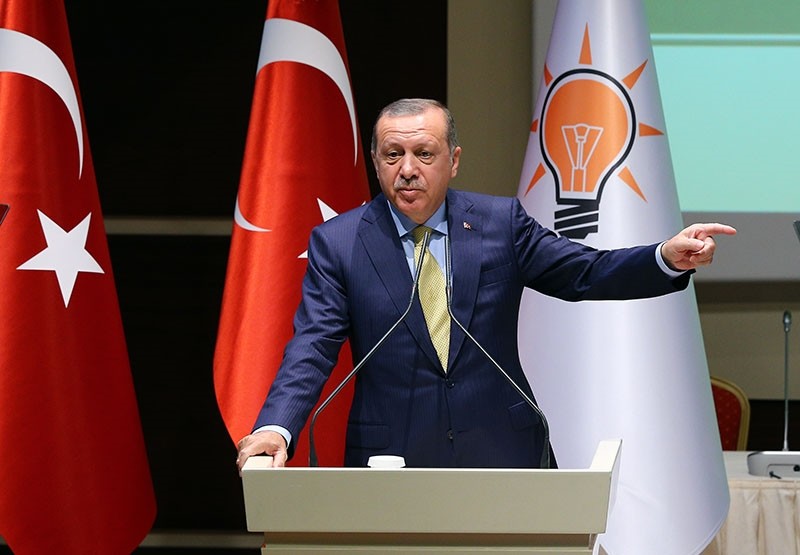 President Recep Tayyip Erdoğan slammed Germany Wednesday for using an anti-Turkey rhetoric as the main point in its election campaign and said that they should focus on their own job rather than mentioning only Turkey and Erdoğan.

"They only talk about Turkey and Erdoğan. What did Erdoğan do to you? Is this election being held in Germany or Turkey? Focus on your own job," Erdoğan said in a speech addressing the ruling Justice and Development Party (AK Party) provincial chairmen in Ankara, while asking how European leaders will be to look him in the face after the elections.

Stating that EU countries were forcing Turkey to terminate the accession process instead of declaring their true intentions, a stance he described as "immoral," he added that Turkey has not given up on its strategic goals of EU membership, which is an official government policy. "We want EU institutions and European countries to be realistic and sincere in their policies regarding Turkey," he added.

Erdoğan's words came in the midst of a heated diplomatic spat with Germany. During Sunday's televised election debate, German Chancellor Angela Merkel of the center-right Christian Democratic Union (CDU) and her election rival Martin Schulz of the center-left Social Democratic Party (SPD) declared that they will push EU leaders either to halt and end Turkey's accession process.

"They say that they are against Turkey's membership; they will apply after the elections and prevent it, and so on. Now voices are emerging in the EU, which say, 'It is the union that is determinant, not Germany; thus, this decision will be taken altogether.' Congratulations, take this decision as soon as possible," Erdoğan said.

"It is up to the EU now to either pave the way for full membership and carry out their liabilities on preventing irregular migration or end the whole process," he added.