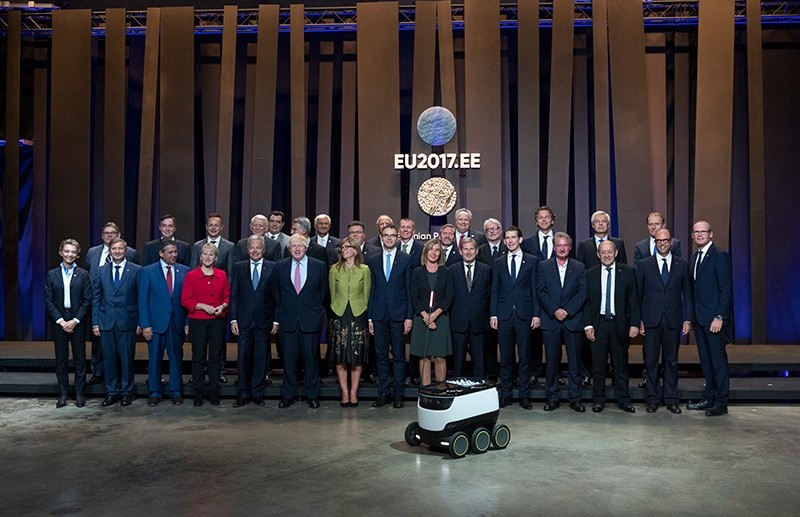 Foreign ministers from the European Union member states, including Britain and Ireland, disregarded calls by Germany to halt Turkey's accession talks, as they emphasized the need for dialogue.

Several ministers attending a two-day foreign ministers meeting in Estonia, which currently holds the EU presidency, made it clear that a formal end to Turkey's accession talks, which would require unanimity among EU member states, is not an option

Both German Chancellor Angela Merkel as well as her main rival Martin Schulz had called for an end to Turkey's EU membership negotiations during a TV debate Sunday.

"The Turks have been going through a very difficult time," British Foreign Secretary Boris Johnson said.

"We should not push Turkey away," Johnson said. "It's a strategically important country for us."

Johnson's views were echoed by Irish Foreign Minister Simon Coveney, who stressed the need for dialogue and maintaining "the prospect of a future Turkish accession."

"Obviously things changed a lot in Turkey in the last 12 months, and we shouldn't pretend that that didn't happen, but that doesn't mean we shouldn't continue to reach out," Coveney said.

Estonian Foreign Minister Sven Mikser told his counterparts that he does not expect a decision —regarding ending Turkey's accession talks- to be made within this year.

He highlighted once again that it is necessary to take cautious steps regarding the matter and that Turkey remains to be a geopolitically significant NATO ally.

Berlin-Ankara relations have recently been strained over several issues.

Ankara refused German lawmakers permission to visit German soldiers stationed at the İncirlik Air Base due to controversial statements made by lawmakers from the socialist Die Linke (The Left) party, which had announced its support for the PKK, a commonly listed terrorist organization by Turkey, the EU and U.S.Ankara also has long criticized Germany for not taking serious measures against the PKK, which carries out propaganda, recruitment and fundraising activities in the country.

Germany outlawed the PKK in 1993, but authorities in Berlin have been reluctant to take strong measures against the terrorist group's activities despite repeated warnings from Ankara.

The German government decided to transfer its refueling and reconnaissance aircraft from İncirlik Air Base out of Turkey to Azraq, Jordan, after tensions between the two countries rose in late May.

The move was believe to be in response to Germany's position on Turkish deputies during the recent constitutional referendum period when Turkish officials were barred from holding rallies in Germany, drawing strong reactions from Ankara.