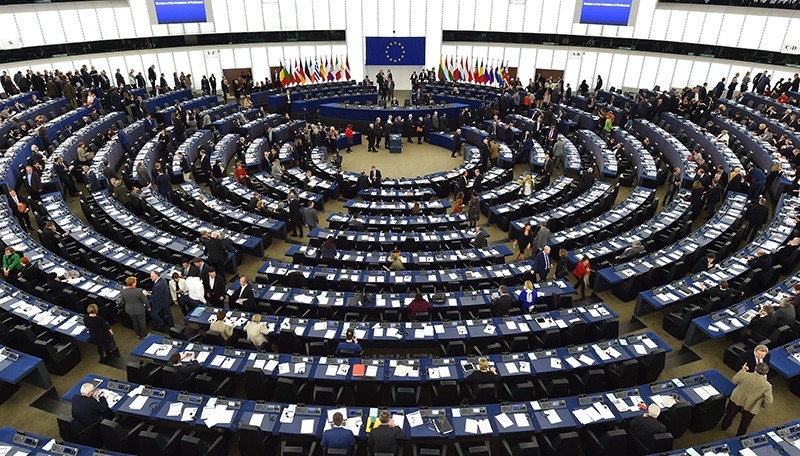 European Union is the real sick man of today, the Vice Chair of Europe of Nations and Freedom Group and a Member of the European Parliament (MEP) Edouard Ferrand said during a parliamentary debate discussing relations between Turkey and the bloc. Ferrand's comments are in response to a series of spats between Turkey and the EU, and his use of term "sick man" to refer to Europe showed his criticism of the bloc's policies.

Speaking at the European Parliament on Tuesday, Ferrand slammed EU's policies regarding Turkey.

"You invited Turkey to the negotiation table which will never produce any results and wanted to exchange migrants in return for EU membership" Ferrand said and added that the European people do not want EU's "project of disaster" and that the block "went astray."

"Sick man of Europe" is a term which initially used to refer to the Ottoman Empire in the mid-19th century at the time of economic crisis, but is occasionally used for other countries experiencing difficulty.

Ferrand continued by saying that Turkey is a great country with a great nation and deserves more than the bloc's proposals, while he criticized the EU for wasting Turkey's and its own time.

The MEP's comments were made on the same day Germany announced that it would put arms exports to Turkey on hold, even though both countries are NATO allies. German politicians had also included dropping Turkey's EU negotiations as part of their election campaigns, to the dismay of Ankara.

"We are partners, it is a tough partnership but we cooperate on many fundamental issues" Hahn told the EP session.

The commissioner noted that both Europe and Ankara have highlighted the urgent necessity of changing the course of events.

Romanian MEP Cristian Dan Preda noted that it is the third time this year that the EP discusses EU-Turkey relations and that they need to make a decision soon.

He said that the bloc needs to figure out what they will do if they scrap Turkey's accession and what goals they will have as EU.

Meanwhile, German MEP Knut Fleckenstein said that Chancellor Angela Merkel's calls to stop Turkey's accession process did not receive any support, while MEP Renate Sommer said that the bloc's stance could have been different if they were dealing with another country.

"We can't do anything against Turkey, which makes the EU a laughing stock" Sommer said.

In July, the European Parliament adopted the annual report of Turkey rapporteur Kati Piri, suggesting the suspension of accession talks with Turkey.