EU must change its mindset about Turkey, FM Çavuşoğlu says 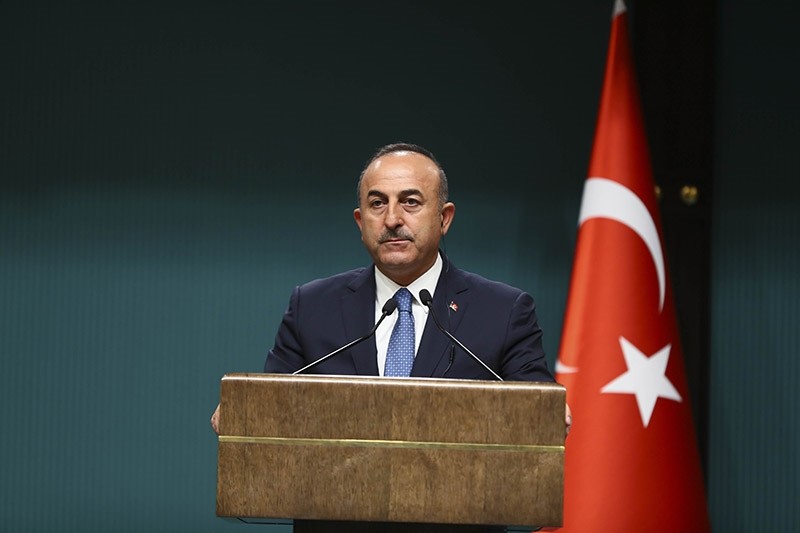 Foreign Minister Mevlüt Çavuşoğlu urged Thursday European countries to change their view of Turkey, underlining that unless the EU sees Ankara as an equal partner, "a healthy relationship won't be possible."

Speaking at a press conference in Ankara with his visiting French counterpart Jean-Yves Le Drian, Çavuşoğlu said Turkey "doesn't want to have problems with Europe."

However, the foreign minister also stressed that Turkey was "not a country that bows down to impositions and double standards.

"As long as you do not see us as an equal partner, a healthy relationship cannot be expected, despite differences in standards," Çavuşoğlu said.

Çavuşoğlu underlined that Turkey's view of Europe changed over the time and that European countries must similarly "change their mindset about Turkey."

Commenting on a referendum set for Sept. 25 regarding the secession of northern Iraq's Kurdish Regional Government (KRG), the foreign minister said that Turkey would use its power "if needed".

"We observe this in our bilateral relations … Americans and other countries say 'It [KRG] is your neighbor, you have power.' Turkey does not hesitate to use its power if needed."

Pointing to the importance of the issue for the region, Çavuşoğlu also added that Turkey and France might take some steps together.

"In fact, the approach of France and Turkey overlaps in this regard. Such a referendum decision is a wrong decision and is not good for Turks, for Iraq, or for the region."

Israel is the first and only country in the region to endorse the referendum while Turkey, Iraq and Iran all said they opposed the vote, which would bring instability to the region and divide Iraq, with the Iraqi central government calling it "unconstituonal."

Erdoğan and Le Drian discussed the Paris agreement, which is due to be ratified by Turkey, the importance of the strategic Turkey-EU partnership especially on migration, and Turkish-French economic relations.

The top French diplomat was in Ankara for two days, where he conducted meetings with his Turkish counterpart Mevlüt Çavuşoğlu, the heads of nongovernmental organizations (NGOs) and main opposition Republican People's Party (CHP) head Kemal Kılıçdaroğlu.