EU minister urges Europe to display common will against xenophobia 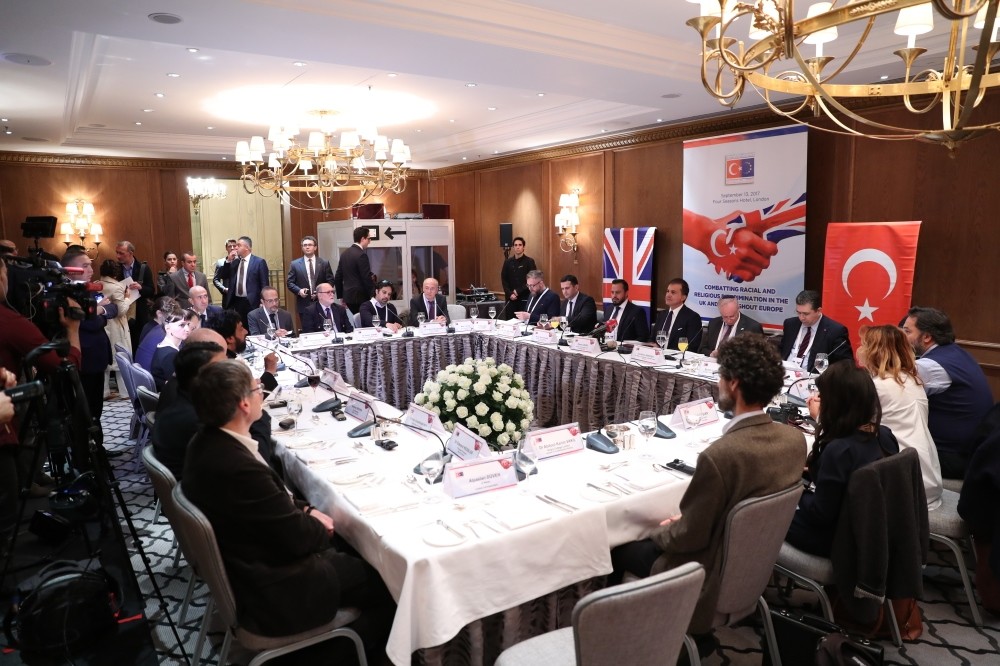 u00c7elik underlined that hate crimes stemming from Islamophobia causes were on the rise, especially after terrorist attacks in Europe and Britain.
by Daily Sabah Sep 15, 2017 12:00 am

European Union Minister and Chief Negotiator Ömer Çelik said Europe should display a common will and attitude to tackle xenophobia and Islamophobia in the continent.

Delivering a speech on Wednesday at a meeting in London that was aimed at discussing ways to fight Islamophobia and xenophobia, Minister Çelik said that Europe must develop a will to work with Turkey on tackling the threat.

"We are well aware that there are many other issues, such as the rising religious extremism in Europe and the duties of Turkey in fighting hate crimes. But at this point I think that Europe should develop the will to work together," he said. "This will be possible with more cooperation with Turkey and developing a joint action plan against all terrorist organizations."

"I regret to say that some of our European friends are making a very strategic mistake at this point and are also jeopardizing the safety of their people," he added.

Underlining that hate crimes stemming from Islamophobic causes were on the rise, especially after terrorist attacks in Europe and Britain, Çelik said, "79 percent of these hate crimes are race-based hate crimes. Although the proportion of religious crime is lower than this [7 percent], the increase in religious-based offenses was 34 percent when the rate of increase in race-based crimes compared to the previous year was 15 percent."

"The aim of Islamophobia and anti-Semitism approaches of these far-right trends is actually damaging European values such as democracy, human rights, equality, freedom and pluralism," he said.

The annual European Islamophobia Report (EIR) revealed earlier in 2017 that Islamophobia is becoming a real threat to the foundations of democratic order and the values of the EU, social peace and peaceful coexistence across Europe.

The findings of the report clearly show that the level of Islamophobia in the fields of education, employment, the media, politics, the justice system and the Internet is on the rise.