13 EU countries yet to admit migrants from Turkey despite agreement 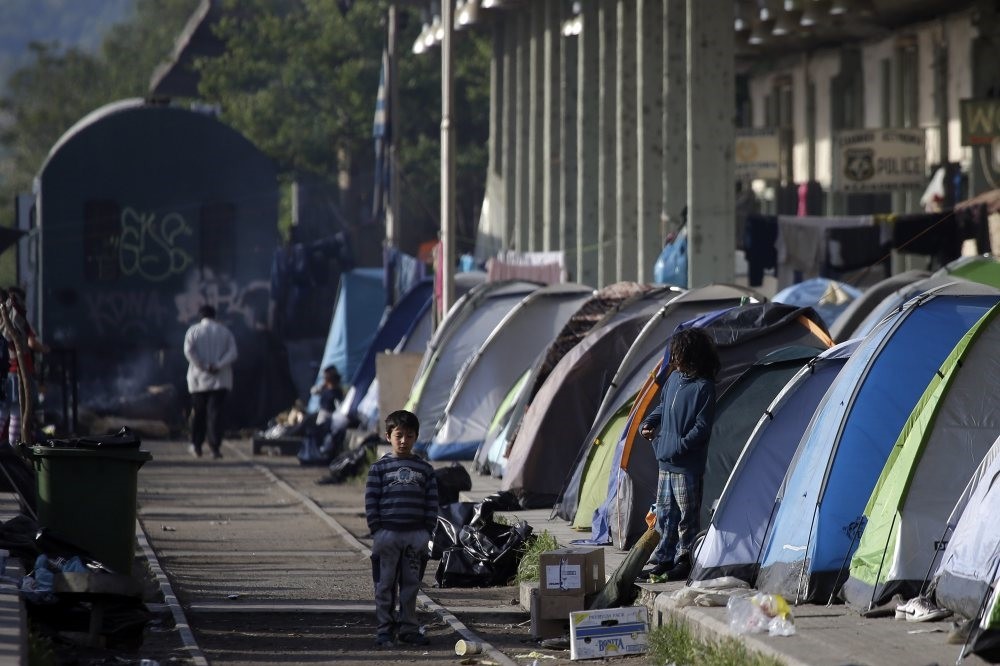 Children stand outside their tents set on the platform of a railway station turned makeshift camp for migrants and refugees at the northern Greek border point of Idomeni, Greece, April 28, 2016.
by Daily Sabah Oct 03, 2017 12:00 am

A recent report says that 13 EU member states have yet to accept any migrants sent from Turkey, despite the migrant resettlement agreement between Ankara and Brussels

The European Commission issued the "Seventh Report on the Progress made in the Implementation of the EU-Turkey Statement," in which it is says that 13 EU member states have not yet admitted migrants from Turkey.

Explaining that the deal between parties is playing a key role in ensuring that Turkey and the EU are efficient in addressing the migrant issue, the report says that member states Bulgaria, Croatia, Cyprus, the Czech Republic, Denmark, Greece, Hungary, Ireland, Malta, Poland, Slovakia, Slovenia and the U.K. have not yet accepted refugees from Turkey.

The report also says that the 8,834 people have been resettled from Turkey in accordance with the country's deal with the EU, and added that 15 EU member states – Austria, Belgium, Estonia, Finland, France, Germany, Italy, Latvia, Lithuania, Luxembourg, Portugal, Romania Spain, Sweden and the Netherlands – have accepted refugees as part of the deal.

Issued on Sept. 6, the European Commission report covers irregular migration and Turkey's efforts in the migration crisis. It says out that the number of people who tried to cross to Greece from Turkey decreased to 93 people per day between June 9 and Aug. 31, and that arrivals over the Greek-Turkish land border have also remained low.

It also says that "113 fatalities and missing persons have been recorded in the Aegean Sea since the activation of the EU-Turkey Statement," according to International Organization for Migration (IOM) data. It says that prior to the deal, that number was 1,150 and the number of deaths in the Aegean Sea has dropped significantly.

The report recommends that conditions on the Greek islands be improved, saying that there is an urgent need for additional efforts from Greek authorities to improve conditions.

ded that the EU-Turkey deal is delivering concrete results in reducing irregular migration, adding that the cooperation between Turkey and the EU should continue as the push factors for migration still remain a challenge.

Turkey and the EU signed a refugee deal in March 2016, to discourage irregular migration across the Aegean Sea by taking stricter measures against human traffickers and improving the conditions of the nearly 3 million refugees in Turkey. The March 2016 deal employs a one-for-one formula under which failed asylum seekers in Europe are returned to Turkey while Syrian refugees are resettled in EU states in a quota system. As another part of the deal, the EU said it would open two chapters in Ankara's EU accession negotiations, provide funding for refugees and grant visa-free travel to Turkish citizens to the Schengen zone. Ankara criticizes the EU for not holding to its promises and for not granting visa-free travel within the Schengen zone.