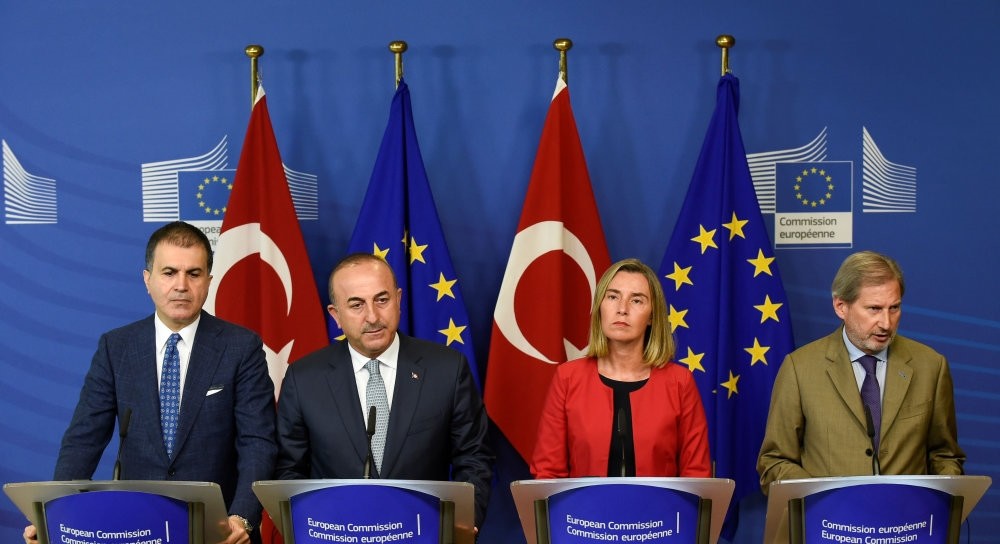 The EU's top official responsible for foreign affairs, Federica Mogherini, said they will discuss how the bloc and Turkey can coordinate better on regional issues such as Syria and Iraq and the latest developments on Cyprus in the foreign ministers' meeting in Luxembourg

Mogherini was speaking ahead of the EU foreign ministers' meeting in Luxembourg. She said that the session would discuss the Iran nuclear deal, sanctions on North Korea and relations with Turkey.

She added that the Cyprus dispute, the fight against terrorism and human rights were among topics likely to be discussed within the framework of relations with Ankara.

"We are working on how the bloc can boost its cooperation with Turkey on regional issues," Mogherini said, indicating that she spoke with Turkey's Foreign Minister Mevlüt Çavuşoğlu ahead of the meeting.

According to diplomatic sources, the two spoke on EU-Turkey relations as well as regional issues, particularly in Syria and Iraq.

The meeting of the foreign affairs ministers, known as the Foreign Affairs Council, will also discuss the Iran nuclear deal and the North Korea's missile tests, Mogherini added.

Regarding the Iran nuclear deal, she said that she was expecting a common and strong response from EU foreign ministers in accordance with the bloc's stance.

Mogherini also said that the EU would impose new sanctions on North Korea apart from the U.N. sanctions.

The meeting is seen as a preliminary session for the European Council meeting on Oct. 19-20.

On Sunday, Deputy Prime Minister Bekir Bozdağ during a visit to France said that Turkey was determined to continue its efforts for full membership in the European Union.

"Are there any other countries that have waited at EU's door? No," Bozdağ said as he criticized the bloc for "changing the rules of the game."

"We are determined to continue this process regardless of all obstacles. We do not have any intentions to withdraw our bid," he said.

Ankara applied for EEC membership in 1987 and accession talks began in 2005. However, negotiations hit a stalemate in 2007 over disagreements on the Cyprus issue. The German and French governments have been opposed to the country's full EU membership.