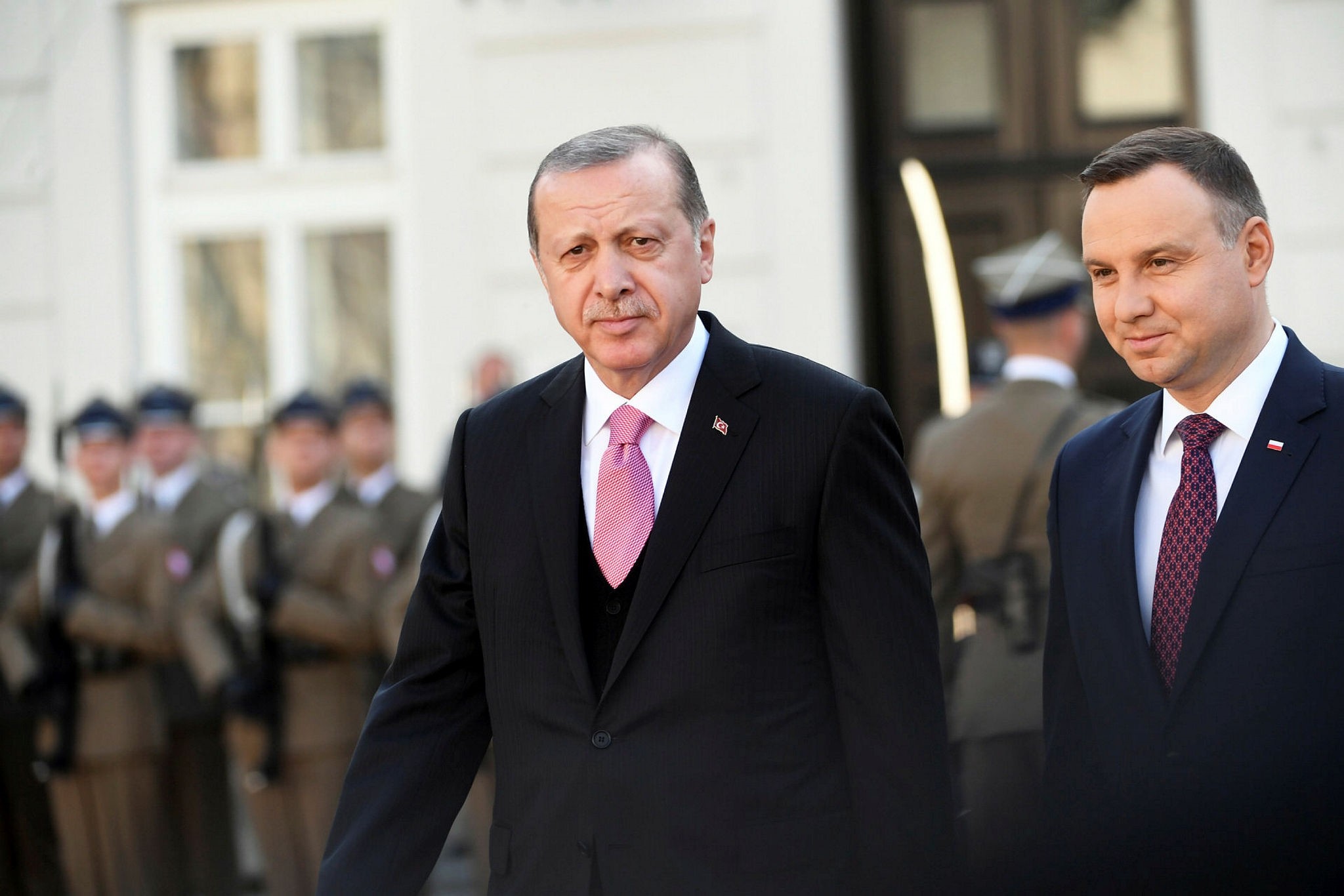 President Recep Tayyip Erdoğan said yesterday that Ankara is waiting for the EU's decision on whether or not Turkey will be accepted as a member state, since Ankara will not be the one to cut off negotiations.

Speaking at a press conference during his visit to Poland, Erdoğan said that although Poland is an EU member state, Turkey is still waiting for the negotiation process to end despite applying for membership long before Poland.

"Poland is an EU state and supports us, yet Turkey is still not accepted as a member to the EU. There is no comparison between us and the countries that are accepted as EU members after our application. The reason why they increase the numbers of chapters is because it is impossible for Turkey to become a member state," Erdoğan said, adding that if the EU does not accept Turkey's membership, it should inform Ankara. "We will not be the one to leave the table. So we are waiting for their ultimate decision."

Poland became an EU member in 2004, alongside many other states, including Cyprus, the Czech Republic, Hungary, Malta, Slovenia, Slovakia, Latvia, Lithuania and Estonia. It was the biggest EU enlargement movement regarding its territory, population and the number of states included.

Turkey, on the other hand, applied for membership in 1987. Yet negotiations for full membership did not start until 2005, and continued quite slowly after that. By 2016, only 16 of 35 chapters were opened and only one of the opened chapters has been fulfilled. In 2016, the European Parliament decided to suspend negotiation talks with Ankara due to human rights concerns in a nonbinding decision. Since then, no additional steps have been taken to continue to the negotiations.

Erdoğan's trip comes two days ahead of an EU leaders meeting that is due to focus on migration, defense, digitalization and foreign affairs, including EU relations with Ankara.

"We are hosting almost 3.5 million Syrian refugees in our country. Up to now, we have spent more than $30 billion and received only 885 million euros of support from the EU," Erdoğan said.

Since the refugee deal, the number of refugees illegally crossing the Aegean from Turkey to Greece has dropped significantly, according to both EU and Turkish figures. The March 2016 deal employs a one-for-one formula under which failed asylum seekers in Europe are returned to Turkey while Syrian refugees are resettled in EU states in a quota system. As another part of the deal, the EU said it would open two chapters in Ankara's EU accession negotiations, provide funding for refugees and grant visa-free travel to Turkish citizens to the Schengen zone provided Ankara alter some laws in line with EU norms. Since then, Ankara has criticized the EU for not keeping its promises and for not granting visa-free travel to the Schengen zone, which soured relations between both sides.