Promise of financial support to Turkey will be fully respected, EU's Juncker says 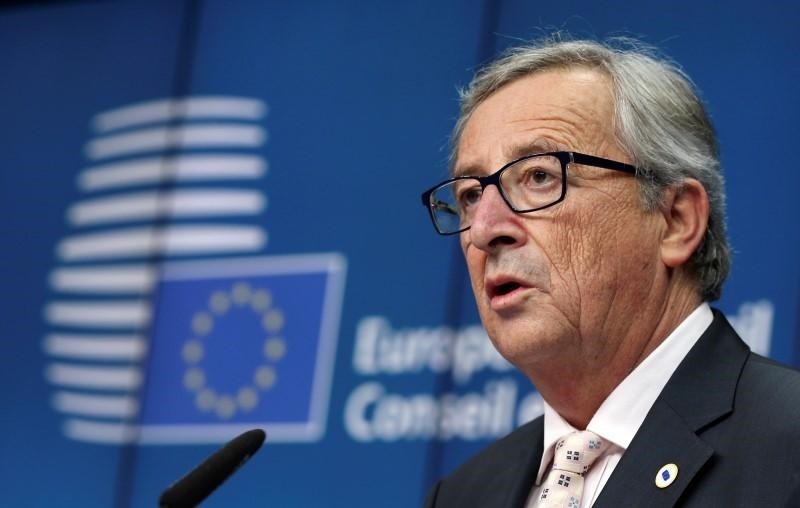 "I would like to be very clear. We have promised 3 billion euros [$3.48 billion] for the refugee program and another 3 billion euros to Turkey for the coming years. This decision of the EU will be respected fully," Juncker said at a press conference in Brussels.

The EU and Turkey reached an agreement last March, to stem the illegal flow of people across the Aegean Sea, and improve conditions for millions of refugees sheltered in Turkey.

While the plan has successfully reduced refugee flows, Turkish authorities have been critical of the EU for delays in promised funding for more than 3 million refugees living in Turkey, and for the lack of progress in talks to accelerate Turkey's EU membership.

"I would like Turkey and us to have the best relations possible but Turkey for the time [being] is stepping away from the European Union, its basic philosophies, its traditions and ambitions," he said.

"That's a choice Turkey has to make, I do think that Turkish authorities are trying to blame the European Union for having broken the enlargement or accession promise," he said.

"We are not doing that but we want Turkey to re-become European," he added.

Juncker said that the volume of pre-accession funds will not be reduced but there will be a reorientation of them into the judiciary and civil society areas.

The EU and Turkey started membership negotiations in 2005, but the talks entered into a stalemate due to the Cyprus issue and the opposition of several EU governments to Ankara's full membership.

Ankara's relations with several EU member states, including Germany suffered further setbacks in recent months, as Turkish leaders slammed their counterparts for not showing solidarity with Ankara over the defeated coup attempt in 2016, and providing support to groups hostile to Turkey.