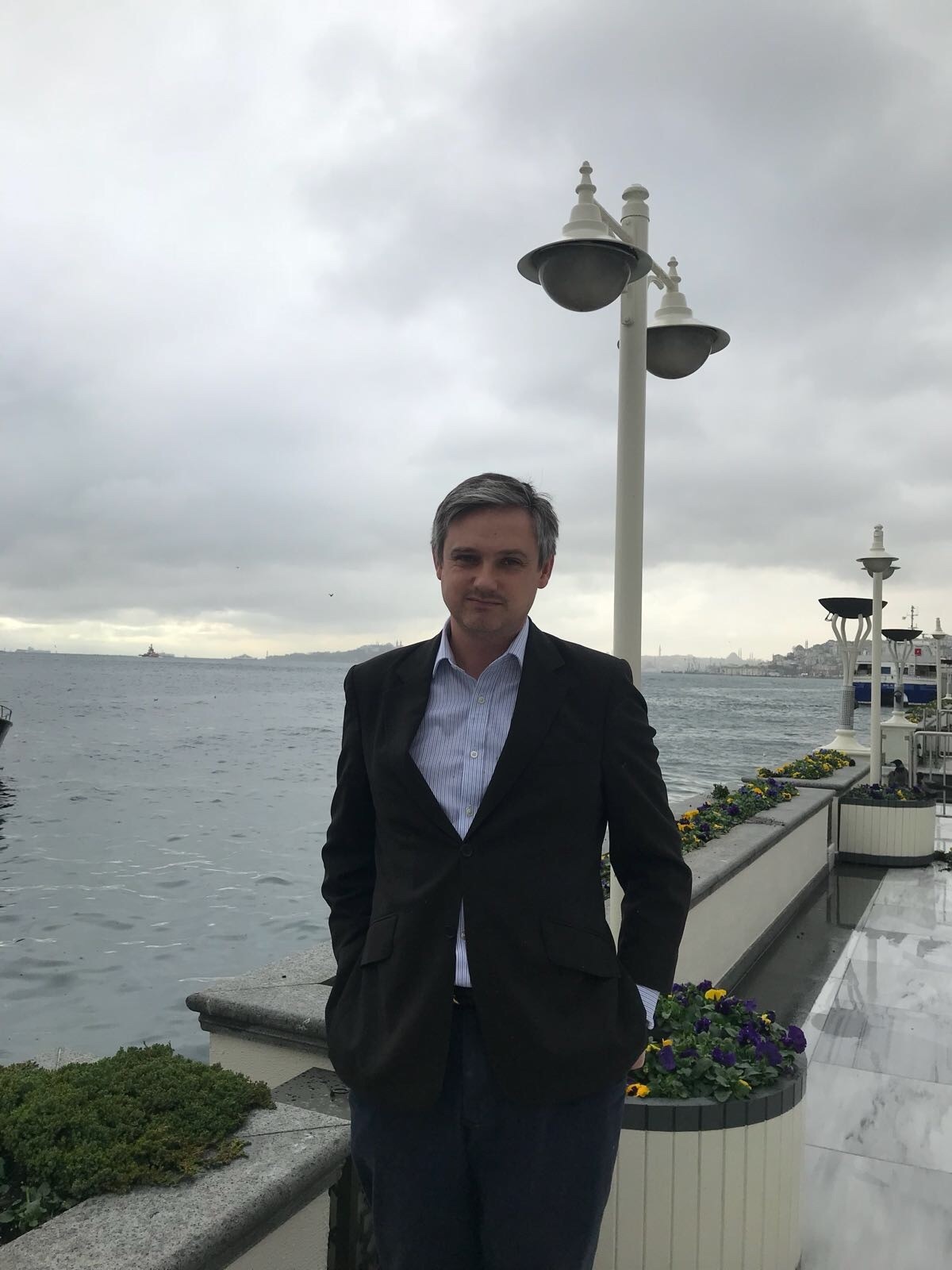 British Labour Co-operative Party politician John Woodcock, who has been the member of parliament for Barrow and Furness since 2010, recently visited Turkey upon an invitation from the Bosphorus Centre for Global Affairs, during which he met Interior Minister Süleyman Soylu, Justice and Development Party (AK Party) deputies and some members of opposition parties.

Woodcock visited the Nizip refugee camp in the southeastern province of Gaziantep, where he praised Turkey's efforts for Syrian refugees and talked to Kurds there who had fled the atrocities committed by the PKK terrorist organization's Syria affiliate Democratic Union Party (PYD) and its armed Peoples' Protection Units (YPG).

During an interview, Woodcock highlighted that Turkey's Western allies must better understand the trauma the country had gone through during the July 15, 2016, coup attempt, and Turkey's efforts in the fight against extremism and terrorism. He also added that the YPG is not the sole representative of Syrian Kurds and that the U.K. stands by Turkey in the fight against terrorism.

You have visited four cities in five days in Turkey. What was your impression before and after?

I have been among the many people in the U.K. who have always considered Turkey as an ally and chiefly on the basis of our long-time relationship within NATO, so that the defense-security partnership has always been there in my mind and that of many other parliamentarians. There has been a level of apprehension about the challenges faced by Turkey. It will be easier in the long run to be able to give a true picture of what Turkey's values and culture are really like when the conversation does not always have to start with the state of emergency, which I understand when I spend more time in the country. It is felt very deeply by those whose lives were threatened by the coup.

There were intense discussions about Turkey by Brexiters who always picture Turkey in a negative light, as if it is not an ally but an object of fear for the British public. As someone who was a remainer, how do you explain that attitude, and is there a chance to change it?

Those in the U.K. campaigning to leave the European Union repeatedly used Turkey synonymously with a sense of threat and extremism. That was wrong and you only have to spend some time in the country to understand how misguided that was, that actually this is a country which has a deep commitment of security to its own citizens every bit as much as the United Kingdom and any other nation within the European Union. I hope that in the coming months and years, we will be able to get a greater understanding of the steps Turkey has taken in order to fight against extremism, not least through the huge investment which it is making in supporting Syrian refugees and attempting to make safe areas in Syria for refugees to return to. When a country that is self-governing is established in Syria and able to remove those vacuums where extremism can flourish, Britain and Turkey have an opportunity, and countries in Europe have to do that. So aside from our concerns over wanting to see every country holding up human rights and the rule of law, I hope Turkey feels able to come out of its state of emergency as soon as possible so that you can better project the plurality and the tolerance and the progressive changes that are happening right now in your country without the response to the security threat you are facing at the moment.

What do you think about the YPG being presented as the sole representative of Syrian Kurds?

Syrian Kurds, like Kurds elsewhere, are not represented by any one single organization. In fact, my experience of Kurdish politics in Iraq demonstrates how deeply and bitterly divided Kurdish communities are. The majority are opposed to violence, indeed in Gaziantep we met Syrian Kurds who were persecuted by the YPG, so it is highly regrettable that the YPG is sometimes able to claim the mantle of speaking for the whole community.

There are reports from Amnesty International, Human Rights Watch and other organizations showing the YPG's grave human rights violations and that they are, de facto, the Syrian branch of the PKK, which is a designated terrorist group, not only by Turkey, but by also by the U.K., the EU and the US. We in Britain stand beside our Turkish allies and friends in their fight against domestic terrorism. In Northern Ireland, peace talks could only progress once the political parties made their armed wings, like the Irish Republican Army (IRA), renounce violence and put their weapons beyond use forever. We support the Turkish government in insisting on that in their country with the PKK.

But you yourself are being accused of being a supporter of the PYD back in the U.K.

That's totally untrue. I have never to my knowledge met a member of the PYD and I deplore their links with the terrorist PKK. What I did do in 2015, which I now deeply regret, is to agree to a friend's request to sponsor a meeting room in parliament where members of the PYD spoke. I will be painfully honest – I was ignorant back then of the scale of the links between the PYD and PKK. This visit to Turkey has reinforced my new understanding of the reality and I am keen to work with our Turkish allies to spread that understanding in the U.K. so fewer British parliamentarians make the mistake I did.

Do you have a message for the Turkish public?

I guess my message is how deeply and sincerely the British continue to hold out our hand of friendship to the Turkish people. We have a shared future as part of a wider Europe. We can see prosperity and security together. It is so important to us that we can renew and strengthen our bonds of friendship – the difficulties that have been understandably felt by Turkish people in recent years.

Hilal Kaplan is a journalist and columnist. Kaplan is also board member of TRT, the national public broadcaster of Turkey.
Last Update: Dec 20, 2017 6:51 pm
RELATED TOPICS