Normalization of EU ties progressing, but not there yet 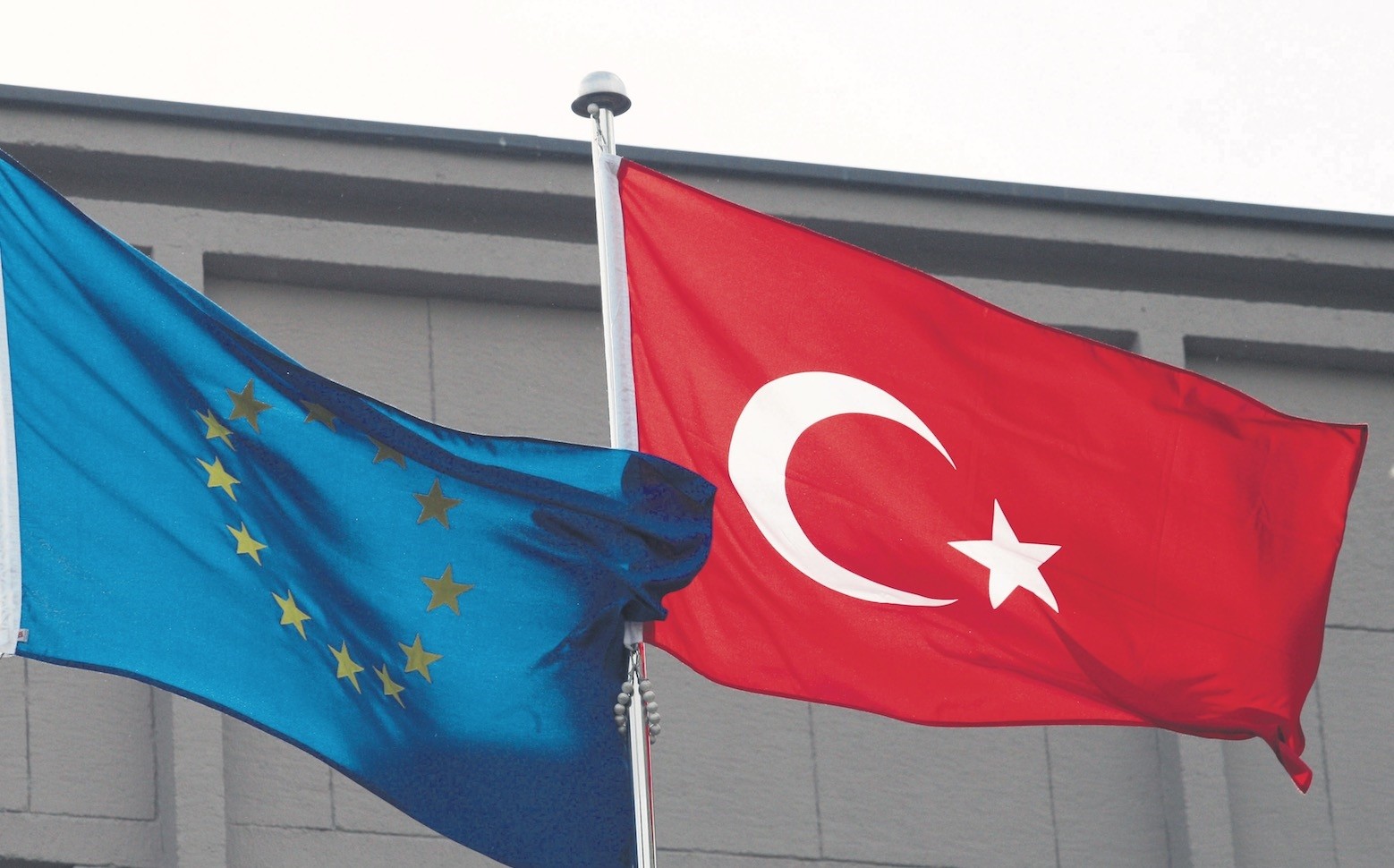 The number of analysts who believe that the key to concrete steps forward in ties with the EU lies in the normalization of relations with Germany is remarkably high.
by Yunus Paksoy Jan 01, 2018 12:00 am

Leaving behind a year of diplomatic confrontations, Turkey-EU relations are expected to get smoother in 2018 as there are positive remarks coming from both sides, melting the ice on the road

Bans, reciprocal accusations, ultimatums and sanctions characterized 2017 relations between Turkey and the European Union. Unprecedented crises with Germany, Austria and the Netherlands saw ties hit rock bottom, practically freezing Turkey's full membership negotiation process with to the 28-member bloc. The year unfortunately coincided with two crucial general elections in Germany and the Netherlands and a vital constitutional referendum in Turkey. Far-right extremism is at its peak in Europe due to the effects of the refugee crisis that has shaped the rhetoric of European politicians on Turkey one way or another.

As another year begins, though, Ankara and some European capitals seem to have had a change of heart. Dutch Prime Minister Mark Rutte said on Dec. 23 that "the cold relations" between Turkey and the Netherlands should be put back on track. "I think it would be good if the relations with Turkey improved. Turkey is a NATO partner," he said.

Nine months ago, however, the two countries came to the brink of a diplomatic war, or actually waged one, when Foreign Minister Mevlüt Çavuşoğlu was handed a flight ban and Family and Social Affairs Minister Fatma Betül Sayan Kaya was barred from entering the Turkish Consulate in Rotterdam in March. Turkish citizens outside the consulate were also beaten by Dutch police and attacked by dogs.

The incident at the time was met with a ring of bitter words in Ankara. President Recep Tayyip Erdoğan even accused the Dutch of fascism. That month might have gone down in history as the lowest of low in the ties between the two countries.

The squabble with the Netherlands was indeed a blow to relations with the EU. Yet, the worst came in the wake of the spat with Germany, arguably the leading country in the EU. First, Justice and Development Party (AK Party) parliamentarians were banned from entering Germany for campaigning. Then, Erdoğan accused Germans of using Nazi practices, to which Berlin responded by calling him a dictator.

The İncirlik Air Base crisis, sanctions introduced by the German government, imprisonment of German citizens in Turkey and abuse of all these issues during the German election campaign put the centuries-old relations at risk.

That being said, ties with Germany are also en route to normalization. The Turkish and German foreign ministers have so far repeatedly stressed that there is reciprocal will to rebuild the lost trust.

In light of all this, Erdoğan offered a lifeline for relations last week as he talked to a group of journalists. "I always say, our aim is to minimize enemies and increase friends. We don't have any problems with Germany, the Netherlands or Belgium. Quite the opposite, the leaders there are my old friends," he said.

Professor İlter Turan from Bilgi University, who specializes in international relations, does not agree that a new page in ties will swiftly be turned in 2018. "It is a process, and it would not be accurate to expect this process to be completed in such a short period of time," Turan said.

The number of analysts who believe that the key to concrete steps forward in ties with the European Union lies in normalization with Germany is remarkably high. "Everyone [in the EU] will be convinced to better ties if Germany is," said Can Baydarol, an EU relations expert.

That, by the way, seems dependent on the fate of imprisoned German citizens. In spite of the releases of Peter Steudtner, a human rights activist, and two other German citizens, whose names have not been disclosed, as well as Meşale Tolu, a German citizen of Turkish origin, the imprisonment of German journalist Deniz Yücel is still causing trouble for the normalization of ties.

His release could pave the way for a remarkable betterment of relations, yet Ankara remains steadfast. "The Turkish government can't comment on ongoing legal proceedings against German citizens. We're pleased when legal decisions lead to the bettering of ties though," a Foreign Ministry source said.

Turan is of the opinion that more democratic steps would help the cause. "Turkey should implement more democratic practices for a new page to be turned in Turkish-EU ties," he argued. "It would be rather more difficult if it does not happen."

Baydarol, on the other hand, suggests that in 2018, ties are highly likely to be put on a reasonable basis rather than get normalized. "It is impossible to wipe away everything after so many fights [in 2017]."

While Brussels hits Ankara with allegations of not respecting democracy and human rights, Ankara vehemently accuses Brussels of harboring terrorists and ignoring their activities. Gülenist Terror Group (FETÖ) and PKK sympathizers that have been enjoying a wide range of rights and freedom in Europe will surely linger as troubling issues.

Germany, above all, stands out as the main hub for fleeing Gülenists. FETÖ's German imam, Ercan Karakoyun, said in an interview with the German newspaper Die Zeit in July: "The [FETÖ] movement cannot survive in Turkey. Germany is to become the new center." Around 800 Gülenist public servants and high-ranking military officers are estimated to have sought asylum in Germany since the coup attempt.

Even though it is enigmatic to foresee the clear picture in regard to the future of the ties in 2018, the EU Progress Report on Turkey, which is expected to be published in the spring, may be a strong signal. The report used to be made public in November each year. "The EU postponed the progress report on Turkey. They do not know actually what to write anyway," Baydarol said.

As the hope for EU membership has remarkably faded over the course of the past few years, the new year may be a turning point. German Foreign Minister Sigmar Gabriel's statement in late December suggested a unique deal with Turkey rather than full EU membership.

Although Ankara disliked the idea, asserting that it will not be the one to leave the process, a privileged partnership, including an upgraded customs union and visa liberalization for all Turkish nationals, along with swift normalization may quickly change the environment. With all these possibilities in the cards, the two sides present a promising return to better days. They are just not quite there yet.