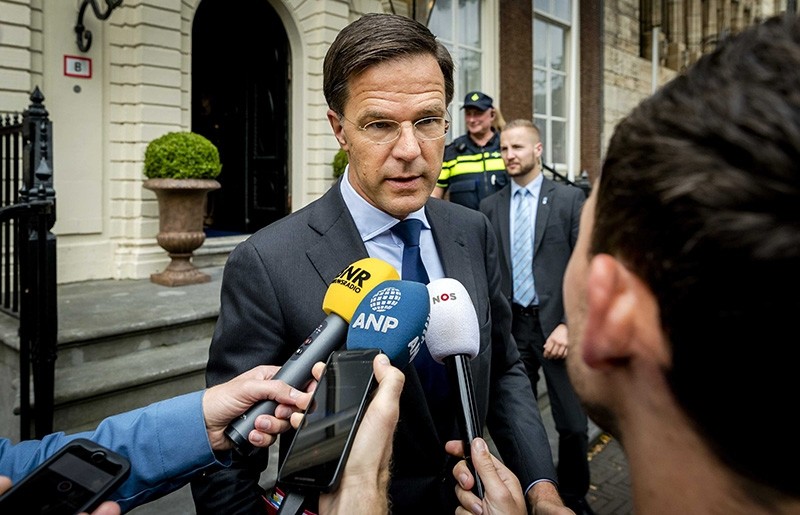 "To be honest, I think that Turkey has been extremely committed to the refugee agreement," Rutte told lawmakers at the Dutch Parliament.

"I believe if there is a situation to be worried about, how Greece is implementing the agreement should be looked into, not Turkey," Rutte said.

Rutte said that the problem stems from the speed of Greece sending refugees back to Turkey.

"This is the cause of the problem in the Greek islands," Rutte added.

In March 2016, the EU and Turkey reached an agreement to take stricter measures against human smugglers and discourage irregular migration through the Aegean Sea, and improve the conditions of Syrian refugees in Turkey.

The EU has failed to timely deliver the promised €3 billion ($3.7 billion) funding for refugees in Turkey.

Under the EU-Turkey agreement, European states have to mobilize an additional €3 billion ($3.7 billion) in funding by the end of 2018.

The agreement also promised acceleration of Turkey's EU membership process and visa-free travel for Turkish nationals within the Schengen area, provided that Ankara fulfilled criteria set out by Brussels.