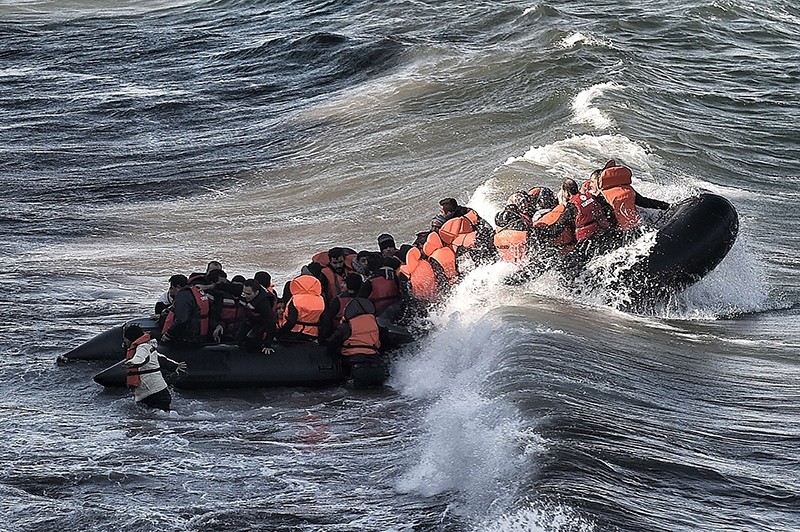 The EU-Turkey refugee deal has had a huge impact on the arrival of refugees via the Mediterranean to Greece, decreasing their numbers from nearly a million in 2015 to under 30,000 in 2017, a U.N. agency said Wednesday.

The U.N. migration agency IOM spokesman Joel Millman told Anadolu Agency: "We believe the arrangement the EU has with Turkey has a huge impact after March 2016" on the number of refugees arriving in Greece from Turkey by sea.

According to the U.N., 19 refugees have died so far in the Aegean between Turkey and Greece this year.

Following the EU-Turkey deal, African refugees largely shifted to the Italy route, which is considered the deadliest in the Mediterranean.

The EU-Turkey deal aims to discourage irregular migration through the Aegean by taking stricter measures against human smugglers and improving the conditions of Syrian refugees in Turkey. However, refugees choose to travel longer and take more deadlier sea journey from Africa to Italy.

"The departures from almost everywhere to Europe by sea are down remarkable from last year. The only place that is not down is Spain," Millman said.

A total of 559 refugees died in the Mediterranean Sea so far this year compared with 918 at this time in 2017, a decline of about 40 percent, year-on-year, he said.

Comparing the decrease on the number of refugee arrivals into Europe, the percentage of decrease on death toll is lower, Millman said, adding: "The volumes are down but deaths are not down as quite much as the volume.

"Smugglers have to use worse boats and put more people in. The routes are same but l think smugglers are using more risky crafts. If a rubber boat can take 70 people safely, they put in 100 or 130 people. I think that is the main reason."

"Summer has always been the worst. We had months thousand people dying. We are worried."