Council of Europe welcomes lifting of emergency rule in Turkey 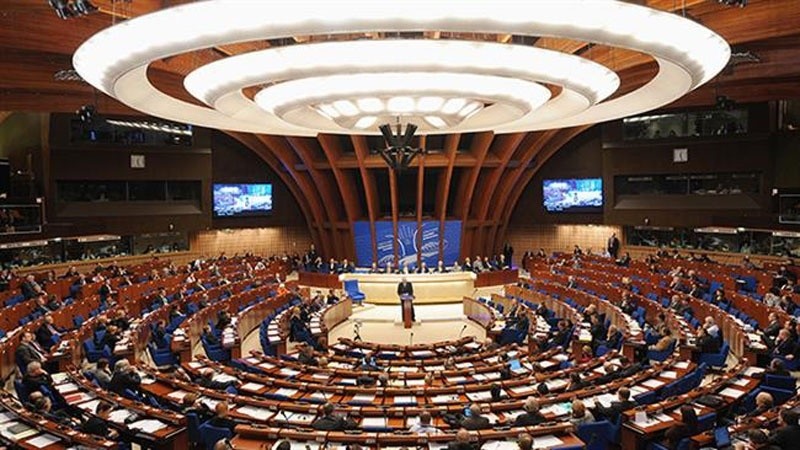 This file photo shows a general view of the Parliamentary Assembly of the Council of Europe. (AFP Photo)
by Daily Sabah with AA
Jul 18, 2018 12:00 am

The Council of Europe on Wednesday welcomed the Turkish government's decision to lift the two-year-long state of emergency.

Speaking to Anadolu Agency, Spokesman for the Secretary-General of Council of Europe Daniel Holtgen said: "It is a good thing that it (emergency rule) has not been extended again and finally has come to an end."

Pointing out that the council was aware of new draft laws and other measures as part of Turkey's efforts in its fight against terror, Holtgen reminded that all legislation prepared within this framework must comply with the European Convention on Human Rights.

Holtgen also said that the Council of Europe was ready to provide all the necessary support to Turkey in this regard.

Underlining that the State of Emergency Procedures Investigation Commission should continue to evaluate applications, he said that this way, such inquiries could be reviewed faster and judgments could be made sooner.

Turkey declared a state of emergency for the first time on July 20, 2016, following the deadly coup attempt orchestrated by the Gülenist Terror Group (FETÖ) and its U.S.-based leader Fetullah Gülen, which killed 250 people and injured nearly 2,200 others. Ankara has also accused FETÖ of being behind a long-running campaign to overthrow the state through infiltration of Turkish institutions, particularly the military, police and judiciary.

The state of emergency was extended seven times in the past two years, but it expired as of July 18, 2018.

While Turkey pointed out that the state of emergency was necessary to challenge terrorism, it faced criticism from some European countries, particularly during the run-up to the presidential election held on June 24. Officials in Ankara stressed that the state of emergency was not affecting the lives of citizens but contributing to the effective fight against terrorism.