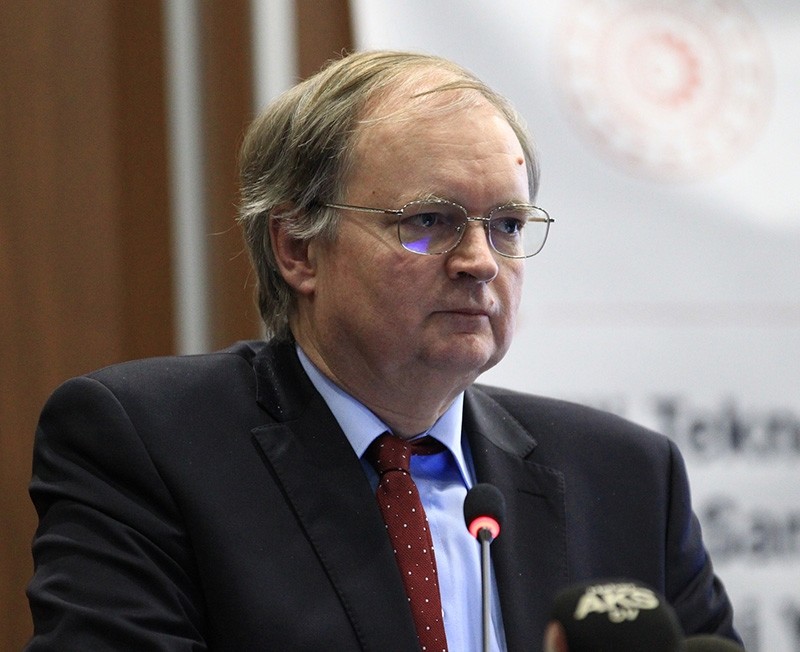 A high-level meeting between Turkey and the European Union will be held next week, an EU official said Thursday.

Speaking at a conference in Turkey's northern Samsun province, head of the EU delegation to Turkey Ambassador Christian Berger said a political dialogue between the EU and Turkey will be initiated following the meeting.

Berger said meetings on transportation, energy and economy will be held after the beginning of the political dialogue.

Next week's meeting will include discussion on the 3-million-euro fund supporting Turkey's assistance to migrants who take refuge within its borders.

Berger said 72 projects have been carried out within the scope of the funding, adding that, especially in regard to education for Syrian children, Turkey and the EU have the same mindset.

"Syrian children not receiving education is a big risk for Turkey and the region. In this context, we use the slogan of the United Nations: 'No lost generation,'" he said.

In regard to visa liberation between Turkey and the EU, Berger said a working group set up by the Foreign Ministry is made progress on meeting the criteria, but admitted that the criteria are "very difficult."

"We, too, are waiting for the results of that working group," he said.

Berger added they also expect a presidential-level meeting next year during Romanian presidency of the EU Council.

The Turkish delegation will include the Directorate for EU Affairs, which will be led by Turkish Foreign Minister Mevlüt Çavuşoğlu, the country's Foreign Ministry said.

"During the meetings between the Turkish delegation [...] and the EU side [...] the main issues in our relations with the EU, namely our accession process, as well as the economy, trade, financial cooperation, energy, Customs Union, fight against terrorism, security issues, migration and visa liberalization will be discussed," the ministry said in a statement.

The EU side will be represented by Federica Mogherini, the bloc's foreign policy chief; and Johannes Hahn, EU commissioner for European neighborhood policy and enlargement negotiations, it added.

"At the meeting, an exchange of views on the Balkans, Syria, Iraq, the Middle East Peace Process as well as other regional and international issues will also take place," the ministry said.