Erdoğan says following the chaos in Paris, Europe with concern 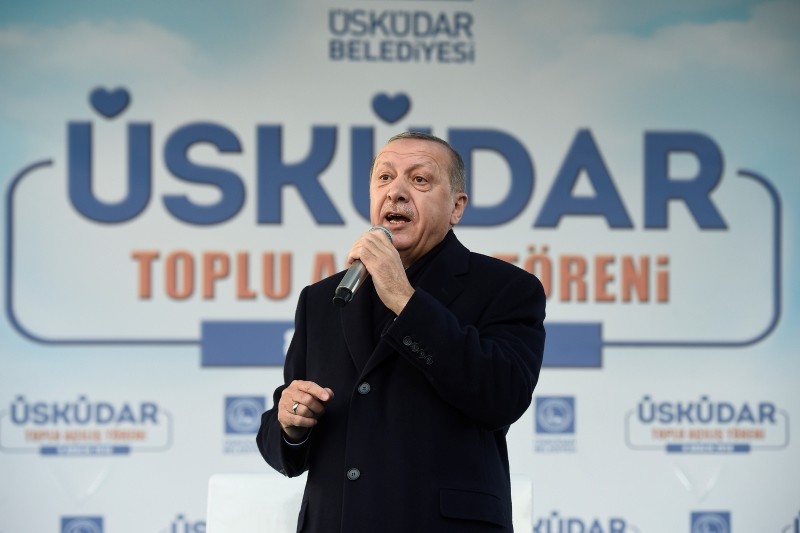 President Recep Tayyip Erdoğan said he is following the chaos caused by the 'Yellow Vest' protests and harsh police measures across Europe, particularly in Paris, with concern, in his first direct remarks on the protests during a speech in Istanbul on Saturday.

The president said that he is against the chaos caused by the protesters, as well as the disproportionate use of force by French police.

"Those who provoke hostility against refugees and Islamophobia have been caught in their own trap," he said.

"The walls of security and welfare they cherish so much are being shaken by their own citizens, not by refugees or Muslims," Erdoğan commented on the protests.

Hundreds of French nationals have been detained as crowds of yellow-vested protesters angry at President Emmanuel Macron and France's high taxes flocked to the streets of France.

Four people have been killed in accidents since the unrest began Nov. 17. Christmas markets, national soccer matches and countless other events have been canceled or hurt by the protests.

Parts of Paris looked like they were bracing for a hurricane, with boards on windows covering up the Christmas decorations. Police removed any materials from the streets that could be used as weapons, especially at construction sites in high-risk areas.

Protesters also blocked roads, roundabouts and tollbooths elsewhere in France. Offshoot movements have emerged elsewhere, and yellow-vest protests were held Saturday in Belgium and the Netherlands.