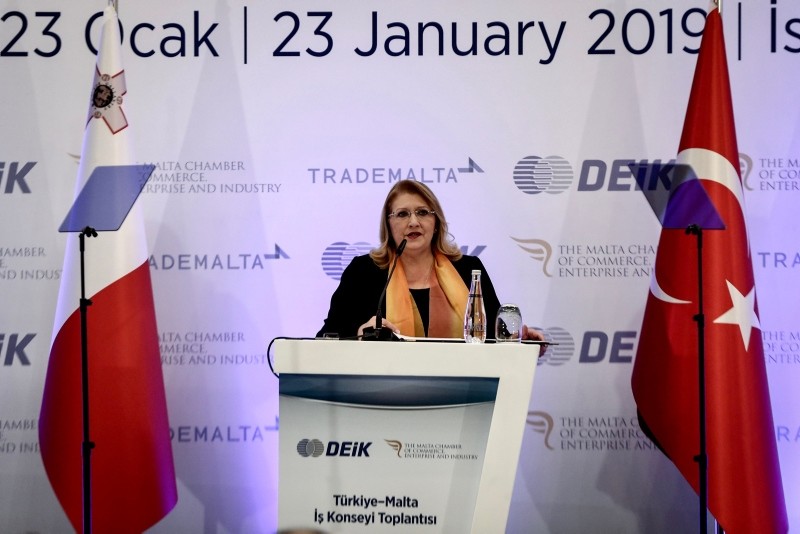 Speaking at the Turkey-Malta Business Council in Istanbul, Preca said that the government of Malta supports the EU's enlargement policies, noting that such efforts are necessary for sustainable peace and prosperity in Europe.

"We have strong cooperation," Preca said, as she highlighted the idea that Turkey and Malta are not competitors, but rather complement one another.

"Malta has a high strategic potential and is located at the heart of Europe. Turkey also has a similar potential, as it is an extremely important country for Eurasia and the Mediterranean region," she added.

Turkey's journey to become a member of the EU has seen numerous ups and downs in the last 50 years. Turkey has always been open to cooperation, doing its part within the bounds of its capabilities in the negotiations, which started in 1963 with the Ankara Agreement. Yet, Turkey has been waiting for membership for decades as the EU keeps dragging its feet on the process.

The objections revolving around why Turkey couldn't become a member have also dramatically changed. Instead of a lack of sufficient alignments in Turkish laws, many European leaders have rejected the prospect of Turkey's EU membership from an identity-centered perspective and for political reasons.

In 1963, Turkey first signed the Ankara Agreement that foresaw the abolition of tariffs and quotas on goods as part of its integration in the customs union with the European Economic Community (EEC), the predecessor of the EU, acknowledging the final goal of membership.

After a long interim period, Turkey signed the European Constitution in 2004, leading to negotiations for full membership to be launched in 2005, when the Justice and Development Party (AK Party) was enjoying its first term in power. However, the negotiations stalled once again in 2007 due to objections to open chapters by the Greek Cypriot administration on the divided island of Cyprus.