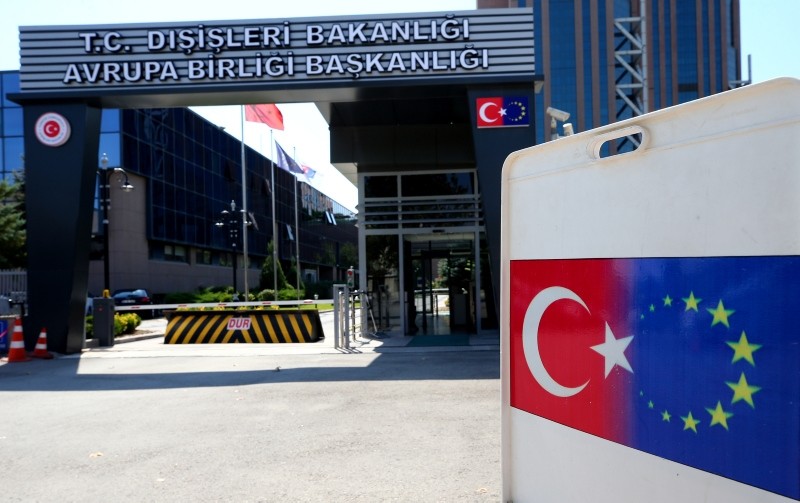 Turkey criticized on Thursday as "unacceptable" a vote by the European Parliament Foreign Affairs Committee to accept a draft advisory report on Turkey, which called for the suspension of EU accession negotiations with the country.

The report is expected to be voted on by the entire European Parliament in mid-March.

"The call in the draft report — which is not legally binding and bears only the status of an advisory decision — to officially suspend our country's accession negotiations with the EU is absolutely unacceptable," Turkey's Foreign Ministry spokesman Hami Aksoy said.

He said the draft report exemplified the EU's biased and prejudiced attitude towards Turkey, adding Ankara would continue to push for its amendment.

"We expect the necessary changes to be made for a more realistic, unbiased and encouraging final report which will be accepted in March at the European Parliament's general assembly," Aksoy said, stressing that Ankara would only take such a document into account.

He stressed that Turkey would continue to adopt reforms for accession into the bloc and Ankara expected the European Parliament to honor its pledged obligations towards Turkey.

In October, President Tayyip Erdoğan said he would consider putting Turkey's long-stalled bid to join the European Union to a referendum, signalling exasperation with a process he says has been waylaid by prejudice against Muslims.

Turkey says EU membership remains one of its top strategic goals even though the accession talks, formally launched in 2004, have been stalled for years due to the objections of the Greek Cypriot administration on the divided island of Cyprus as well as opposition from Germany and France.