EU: Removing PKK from terror lists out of question 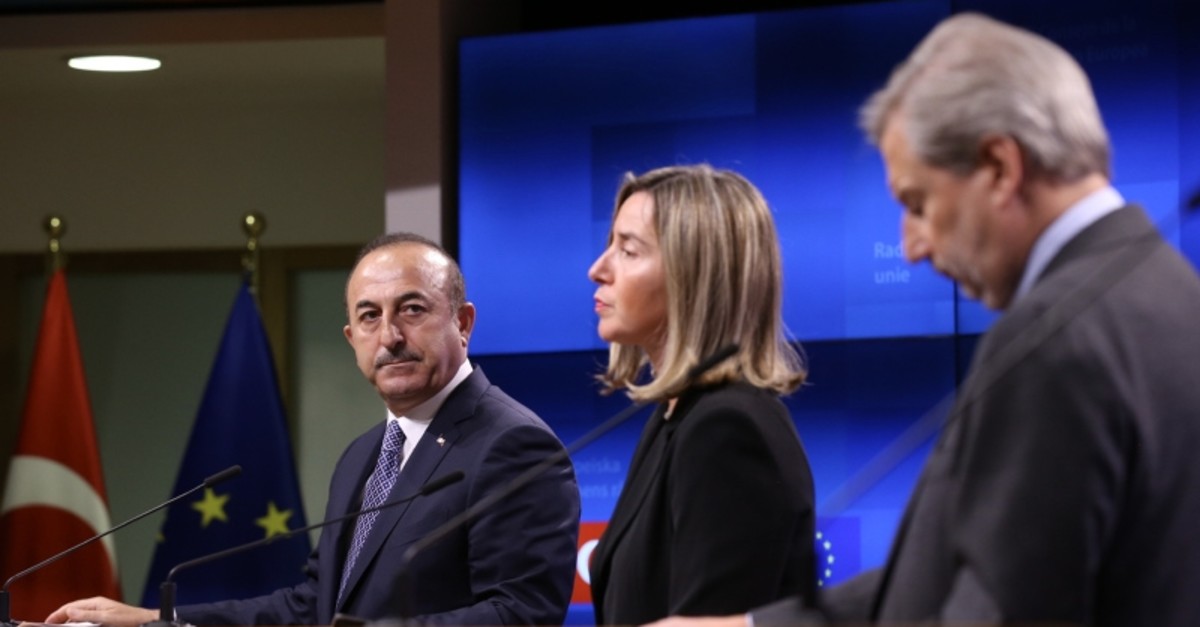 EU foreign policy chief Federica Mogherini said Friday that removal of the PKK terrorist organization from the bloc's terror list is on the agenda.

"The PKK is on the terror list of the EU, and this is not a disputable issue," she said in a joint press conference with Foreign Minister Mevlüt Çavuşoğlu.

The annual Turkey report of the European Parliament published on Thursday said that it "reiterates its firm condemnation of the return to violence on the part of the PKK, which has been on the EU list of terrorist organizations since 2002."

Mogherini added that Turkish-EU cooperation is vital not only for refugees but also for a political solution in Syria. Ankara and Brussels signed an agreement in 2016 to find a solution to the influx of refugees heading to the union. The agreement foresees that in exchange for Turkey stemming the refugee flow to Europe, the EU would pay Turkey 6 billion euros ($6.78 billion) in financial aid. The agreement also envisages acceleration in Turkey's EU accession talks and visa-free travel for its citizens.

Although Turkey did its part taking great responsibility on the issue, the EU failed to hold up its end of the agreement. The EU has been delaying implementing visa-free travel for Turkish citizens for two years since the deal came into effect. Meanwhile on Wednesday, the European Parliament voted in favor of suspending Turkey's accession process.

Prior to Friday's talks, the last so-called association council meeting between Turkey and the EU took place in May 2015. The format was established in 1963 to foster closer ties. Turkey has been an EU membership candidate for almost 20 years.

"We expressed our strong concerns about the situation on [the] rule of law and human rights in Turkey," Mogherini said.

"We are very well aware of the marks left by the attempted coup in Turkey in 2016 and we recognize the ... very serious security concerns that Turkey has," she added.

"But we also see that the state of emergency is now behind us and we hope that soon all related measures will be something of the past," the EU's top diplomat told journalists.

Among other things, Mogherini highlighted the criminal prosecution of people exercising their right to the freedom of expression and detentions based on insufficient evidence.

Turkey still wants to join the EU, he added, arguing in favour of holding a new EU-Turkey summit.