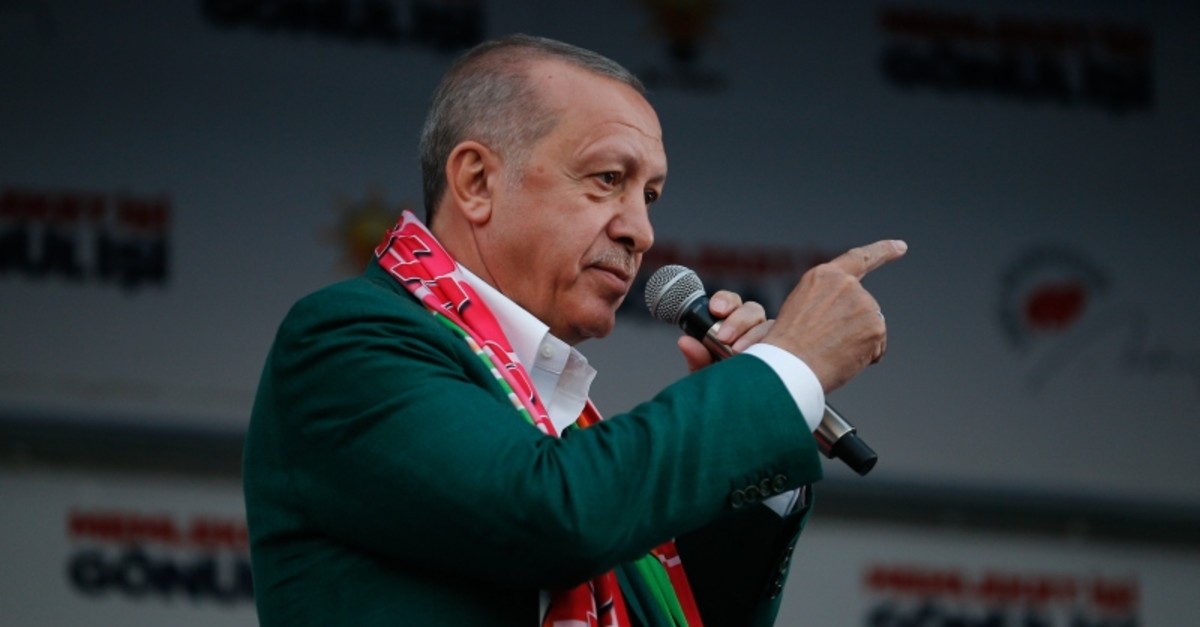 "European Parliament is attacking Turkey with the arguments of the separatist terror organization (PKK) and FETÖ. Once they have the chance, believe me, they won't hesitate to hand this country to terror groups," Erdoğan said during a campaign rally two weeks ahead of local elections.

The PKK is listed as a terrorist organization by Turkey as well as the U.S. and the EU. In its terror campaign against Turkey for more than three decades, the group has been responsible for the deaths of over 40,000 people, including women and children.

Erdogan's remarks came after the EP's report which was passed this week urging the suspension of Turkey's EU accession process.

He said that the parliament's decision has no value and Turkey is ready if the EU will take such a decision.

"We are waiting for this decision of yours. Take it, we are ready. But they can't do it," the president said.

A total of 370 members of the EP voted in favor of the decision to suspend Turkey's EU negotiations while 109 voted against and 143 abstained from voting.

The Foreign Ministry rejected the recommendation, stating: "It is not possible for us to attribute any value to the one-sided and non-objective approach adopted by the European Parliament."

"Turkey expects the new EP Parliament, to be formed after the elections in May, will adopt a constructive approach to the Turkey-EU relations in the upcoming period, take qualified and objective decisions and boost Turkey's EU integration process," the ministry added.

Turkey applied for EU membership in 1987 and accession talks began in 2005. But negotiations stalled in 2007 due to the objections of the Greek Cypriot administration on the divided island of Cyprus as well as opposition from Germany and France.

In October, Erdoğan said he would consider putting Turkey's long-stalled bid to join the European Union to a referendum, signaling exasperation with a process he says has been waylaid by prejudice against Muslims.