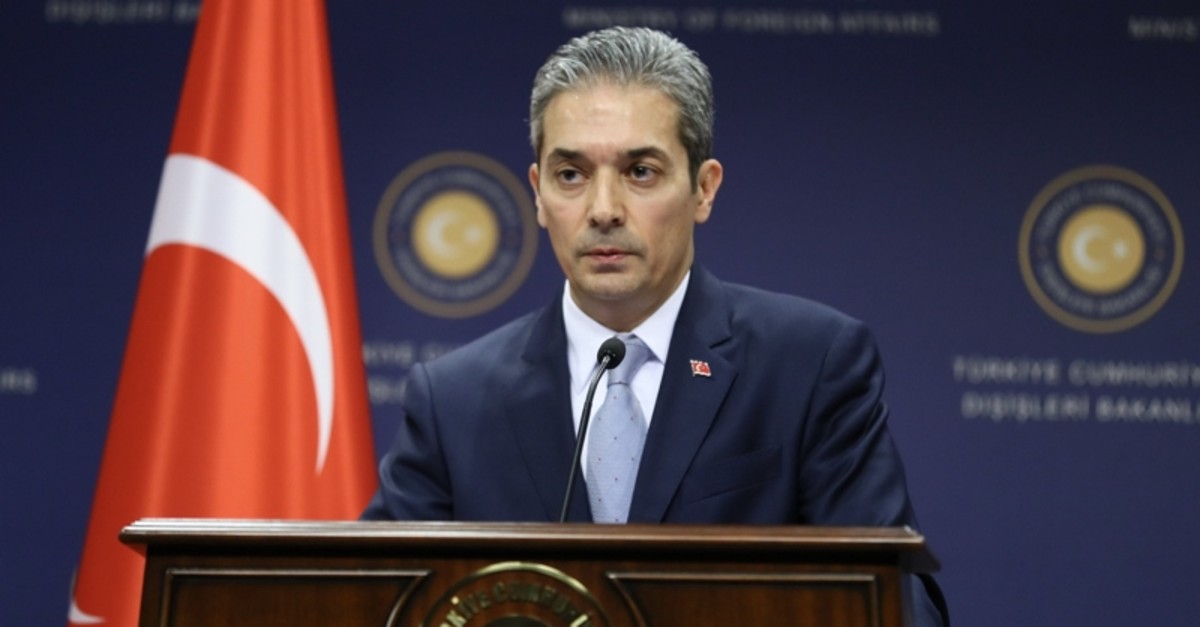 Turkey on Saturday criticized the continuing "defamatory and false" claims made about Turkey by the president of the Czech Republic.

"We observe with great regret that Czech President Milos Zeman continues his defamatory and false statements targeting our country," Hami Aksoy, a spokesman of the Foreign Ministry, said in a statement.

"The persistence of these unfounded slanders reflects a purely malevolent approach," said Aksoy, adding that this is harming both the office Zeman occupies and the people he represents, who are friends of Turkey.

He explained: "Such unfounded claims against a country at the forefront of the fight against Daesh, which has taken its troops directly to the field and had martyrs during the fight, only exposes the weakness of the author of the slanders.

"Nobody has the power to defame our country, which has played the biggest part in the fight against Daesh, with slanders lacking wisdom and intelligence."

In a debate with the public during his trip to a Czech region last week, Zeman claimed that Turkey allied itself with Daesh terrorists, when responding to a question about why the Turkish military was attacking the People's Protection Units (YPG), the Syrian offshoot of the PKK terrorist group. The YPG is the dominant force within the U.S.-backed Syrian Democratic Forces (SDF) used by Washington in the fight against Daesh terrorists despite the objection of regional powers.

The Czech president said Turkey mediated help for Daesh to be able to export oil, a claim that has been refuted by Turkish officials on various occasions and reports showing the oil extracted by Daesh terrorists ending up in the hands of various parties in the region.

Zeman, who is known for his strong anti-Muslim rhetoric, has been critical of Turkey in the past. Czech Prime Minister Andrej Babis, whose government is in charge of foreign policy, declined to comment.