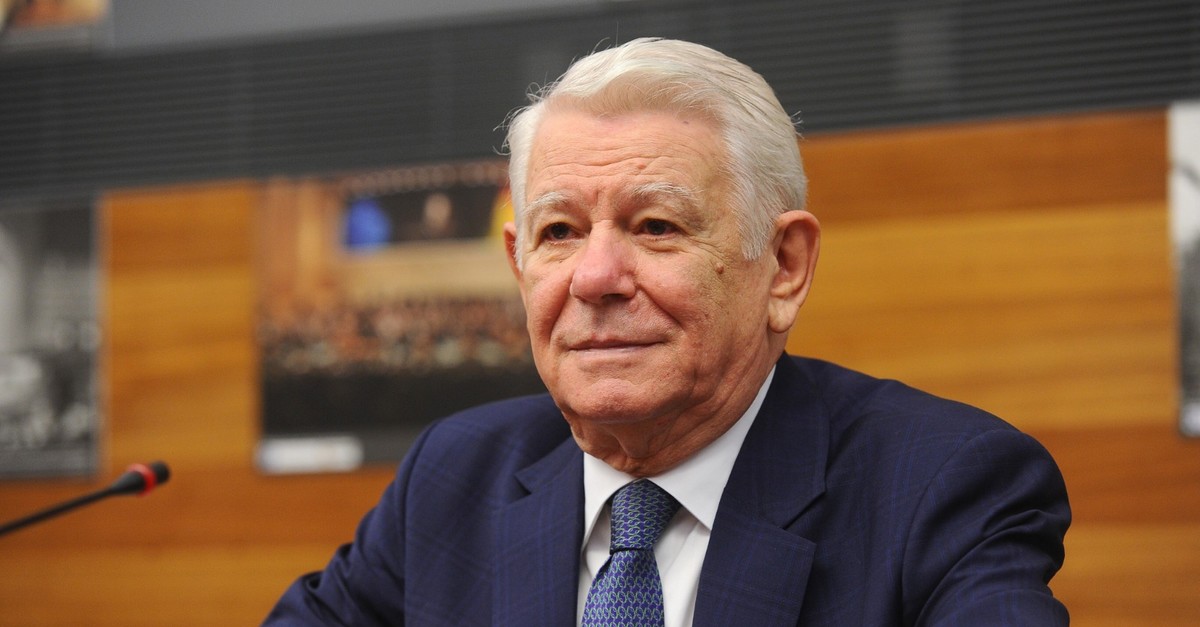 Romania will focus on promoting a pragmatic and constructive dynamic in EU-Turkey relations during its term presidency, Foreign Minister Teodor Meleşcanu has said. "One concrete initiative toward this was inviting high-level officials from candidate countries to informal events organized during our mandate, facilitating exchanges with EU institutions and member states. Turkey's participation in these reunions contributed to reconfirming its engagement with the EU and facilitate mutual understanding of challenges," Meleşcanu told Daily Sabah in an exclusive interview. Romania took over the EU's six-month rotating presidency at the beginning of 2019 for the first time since joining the bloc in 2007, succeeding Austria.

The position involves setting the bloc's agenda and acting as a diplomatic go-between among the 28 members.

He identified the resumption of the EU-Turkey Association Council on March 15, 2019, as a "particularly satisfactory outcome" during Romania's mandate. Meleşcanu said the council's meeting was a timely opportunity to take stock of where things stand in the relations and to set parameters for future cooperation.

The EU-Turkey Association Council held its 54th meeting in March in Brussels, following a four-year hiatus due to strained ties. "The results of this meeting were welcomed by both sides," Meleşcanu said. He added that Brussels's expectations for Turkey to pursue a path of progress in implementing reforms are at a high level "in order to boost positive developments in the upcoming period."

Enhancing bilateral cooperation in all areas

Noting that Romania and Turkey share solid bilateral relations that have been boosted by recent visits and agreements, Meleşcanu said there is a constant and open dialogue at all levels including governmental, parliamentary and business.

Ankara and Bucharest signed the Strategic Partnership Agreement in 2011 and the Action Plan in 2013. Recently, there has been intense traffic between officials in different areas. Romanian Prime Minister Viorica Dăncilă paid an official visit to Ankara last October where he discussed further development of the bilateral relations with President Recep Tayyip Erdoğan.

"Applied discussions are taking place at a technical level on different aspects of bilateral trade with a view to eliminating difficulties and barriers toward open and advantageous trade. There is good potential in advancing our relations and, as expressed in different situations by the Romanian and Turkish leaders, there is a strong political will to achieve it, and these are basic ingredients for a successful endeavor," he said.

Late March, Vice President Fuat Oktay participated in a quadrilateral meeting in Bucharest between Romania, Bulgaria, Greece and Serbia upon an invitation extended by Dăncilă. Most recently, the first meeting of a joint committee on economic and trade relations took place on April 19 in Istanbul along with a business forum.

The Romanian foreign minister also emphasized that the partnership between the two countries is an important reference point for EU-Turkey relations, including for efficient management of common challenges, such as tackling illegal migration, the fight against terrorism, security and defense matters, energy security and many others.

Meleşcanu touched upon his recent visit to Ankara last month to meet with Turkish Foreign Minister Mevlüt Çavuşoğlu and Polish Foreign Minister Jacek Czaputowicz in the framework of the fifth meeting of political-military consultations between Turkey, Romania and Poland, saying that Romania gives weight to the format established in 2012.

"Our dialogue supports allied unity and the ongoing NATO adaptation process. The present meeting in Ankara was both important and timely as it came as a very useful follow up to the NATO foreign ministerial meeting in Washington at the beginning of April. The focus was therefore on the priorities ahead and our countries' contributions to managing currents threats and challenges," he said. The Romanian minister added that he was happy to attend the opening ceremony of a monument dedicated to former Romanian Foreign Minister Nicolae Titulescu in Ankara. "He is a remarkable historical figure not for Romania but for the world, starting from the beginning of the 20th century. He was a visionary, a man who sought to achieve peace through cooperation, economic relations and political dialogue. Furthermore, this project resulted from good cooperation with local partners and especially with the Hacettepe University, Faculty of Fine Arts," he said.

The Nicolae Titulescu monument was designed by Turkish artist Sultan Burcu Demir, with the support of Ankara City Hall.

Indicating that the U.K.'s withdrawal from the EU has been a major priority on the agenda of the Romanian presidency, Meleşcanu said the bloc has worked constructively toward an agreement and has done everything to actively support a positive vote on the withdrawal agreement in the House of Commons. "We also agreed to a second extension [until Oct. 31] in order to give more time to the British government and to Parliament to find a way forward in this process. We continue to stand by the withdrawal agreement as it represents the most effective tool for limiting the negative impact generated by Brexit and provides legal certainty for our citizens and the business environment," he said.

It has been nearly three years since the U.K. voted to leave the EU in a referendum; it has been striving for the approval of an exit agreement. So far, Prime Minister Theresa May government's deal has been rejected three times by the lower house of the British Parliament. The Romanian foreign minister also touched on the European Parliament elections that will take place during the country's term presidency, saying that Bucharest's focus had constantly been on advancing or finalizing as many legislative files as possible in the first half of its mandate, before the beginning of the electoral campaign. "Now, the activity of the current legislature has ended, and we can conclude that the Romanian presidency has managed to close 90 legislative files, an impressive number for such a condensed period," Meleşcanu said.