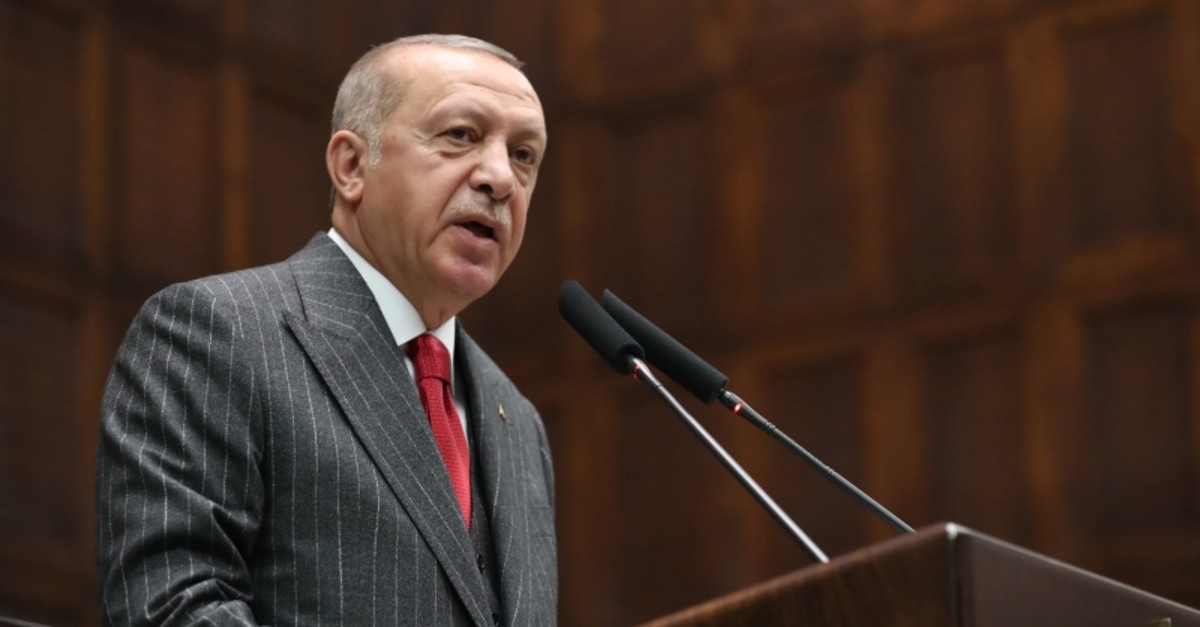 President Recep Tayyip Erdoğan on Thursday commemorated Europe Day, highlighting Turkey's contributions to the EU and calling on the bloc to fight against racism and discrimination.

Europe Day, also known as the Schuman Day, is observed on May 9 each year to mark the Schuman Declaration in 1950 that proposed the formation of a European Coal and Steel Community, the predecessor to the European Union.

"The founding elements, which gave life to the idea of the European Union on May 9, 1950, are being tested by threats such as cultural racism, discrimination and anti-immigration," Erdoğan said in a statement, pointing to populist, far-right politicians as fueling these tension and threats against ethnic and religious minorities in Europe.

"Attacks targeting Muslim places of worship and workplaces have become commonplace, while rights violations against migrants are ignored," he said.

"Overcoming this existential threat is only possible with the support of the different cultures that lived in countries with a strong tradition of tolerance and peace, such as Turkey," he said.

"The full membership of our country will bring economic, political and social contributions to the European Union as well as a more participatory and embracing vision, and make the EU a global actor," Erdoğan said, stressing that there is no justification for the decadeslong discriminatory and exclusionary treatment of Turkey by certain members of the bloc.

He said that despite the double standards Turkey has encountered in the negotiation process, Ankara remains committed to achieving its strategic goal of full membership in the EU.

He concluded by expressing hope in a "constructive and visionary approach" for the future of the continent, congratulating all Europeans, especially citizens of Turkey.

Turkey applied for the EU membership in 1987 and accession talks began in 2005.

But negotiations stalled in 2007 due to objections of the Greek Cypriot administration on the divided island of Cyprus as well as opposition from Germany and France.

Foreign Minister Mevlüt Çavuşoğlu said Thursday that Turkey has contributed significantly to the stability and prosperity of Europe.

"Turkey has to this day made various sacrifices for the security of Europe and has contributed significantly to stability and prosperity on the continent," he said in a statement.

"However, Turkey's genuine contribution to Europe will be possible through its full membership to the EU," Çavuşoğlu​ said.

Çavuşoğlu said Turkey maintains its commitment to full membership in the EU which the country has set as a "strategic objective."

"The EU needs to look at Turkey and the values that it will contribute to the EU from a wider perspective and respond appropriately," he added.

The minister said Turkey is ready to contribute to the EU to overcome the challenges threatening the European Project.

"Europe is at the crossroads today. The EU will either become a global power and adopt the necessary visionary approach or yield to the dynamics of internal politics arising from populist and extremist movements. The second approach, with no doubt, will push Turkey away from the EU," he said.