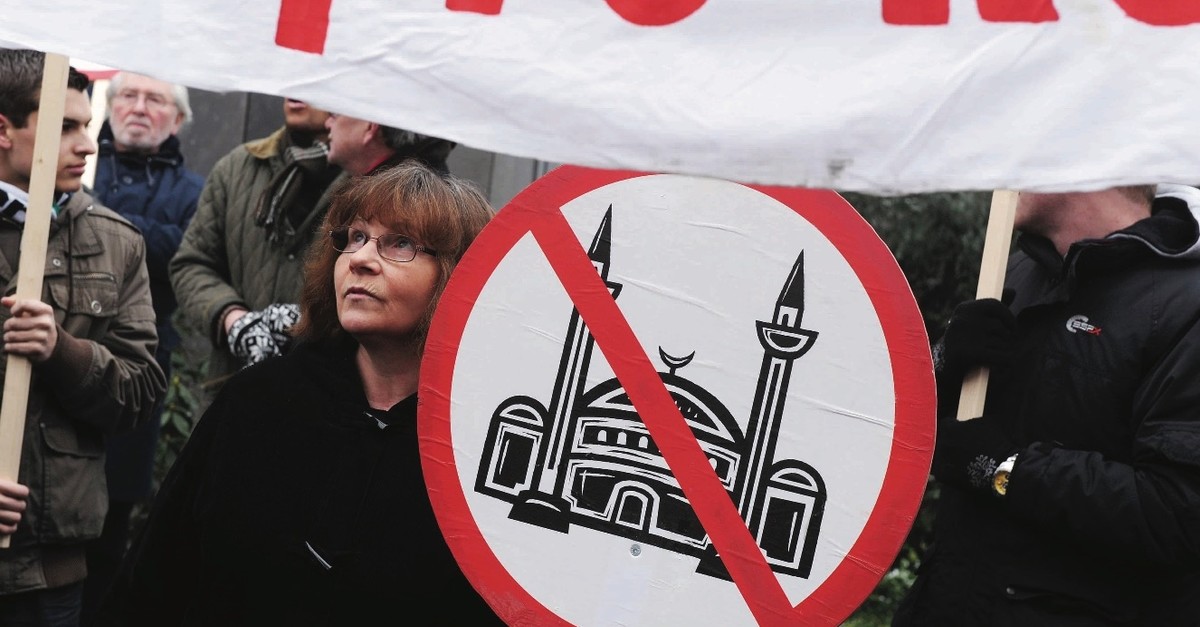 Enmity toward Muslims is not a new phenomenon. For almost two decades, Islam has been unjustly tarnished with labels that have negative connotations.
by Şeyma Nazlı Gürbüz
May 16, 2019 12:08 am

Dutch politicians of Turkish descent running in the European Parliament (EP) elections in the Netherlands are facing death threats as an outcome of rising anti-Muslim sentiments in the country. Anti-Muslim and xenophobic sentiment has been spreading around the Netherlands and the rest of Europe in recent years and has been effecting the European Parliament elections scheduled for May 23 as threats against Muslim politicians increase.

Some of the politicians receiving the most threats are from the DENK Party, which largely consists of Turks and migrants.

"There are various threats to our lives and properties and they are mostly made through social media," said Ayhan Tonca, the leading candidate of the party for the EP elections, while speaking to Daily Sabah.

Underlining that it is really hard to determine who these people are, Tonca said that whenever they determine the identity of the attacker they bring the case to the police, but despite ensuring that they will take care of the issue no specific actions have been taken.

"It was impossible to imagine that such things would happen 10 years ago. However, right now, it is very common to face such threats," Tonca said, adding that the reason is because far-right views are on the rise along with xenophobic and anti-Muslim sentiment.

"We are taking all the necessary measures to protect ourselves. Despite these threats, we will not stray from our way," he further said.

According to the chairman of the party, Selçuk Öztürk, migrant and Muslim politicians are now targets as a result of rising anti-Muslim ideologies, mainly because "they tell the truth and stand against the wrongs by saying 'stop'."

"These threats affect our politicians, but we never stray from our way. These threats can't stop and won't stop us," Öztürk told the Anadolu Agency (AA), noting that one who threatens a politician is actually threatening society since they are an elected politician and the voice of the people.

Öztürk also said that despite the threats and attempts to scare them off, they do their best to provide necessary security measures. He added that some of the people making these threats have been caught because of the complaints of politicians.

The DENK Party is the first political party in the Netherlands established by migrants, two parliamentarians with Turkish roots, Tunahan Kuzu and Selçuk Öztürk, who left the Labour Party (PvdA) because it inadequately defended the rights of minorities, especially of Muslims and those of Turkish origin. Denk means "think" in Dutch and "equal" in Turkish. Saying that they even received a threat from a parliamentarian who is from Geert Wilders' racist Freedom Party (PVV), Öztürk said that after these kinds of threats began in the parliament, people started to threaten them with the encouragement they got from politicians.

Politicians' freedom of thought should not be restricted

Doğukan Ergin, a Schiedam Municipal Council member from the DENK Party, also said that he received death threats by a middle-aged Dutch person.

Ergin said that although the incident made him and his family worried, he still continues to defend the rights of his people in the council. "It is very bad for a politician to not benefit from freedom of thought and to be threatened over it. Politician should never be restricted on the freedom of thought and all the mechanisms that cause these restrictions should be eliminated," said the party's Roermond municipal council member Selami Coşkun. Coşkun added that people who follow populist ideas overlook threats.

Anti-Muslim hatred has been on the rise for years. Far-right extremism and xenophobia have fueled anti-Muslim hatred in Western countries, where terror attacks by Daesh and al-Qaida are used as an excuse to legitimize those views.Although, the enmity toward Muslims is not a new phenomenon, it intensified after 2001 when airplanes crashed into the twin towers in New York City. Since then, for almost two decades, Islam has been unjustly tarnished with labels that have negative connotations and portrayed as a religion of hate and violence with anti-Western sentiment and women's oppression. This trend of intolerance has triggered deadly attacks against Muslims and immigrants since then.