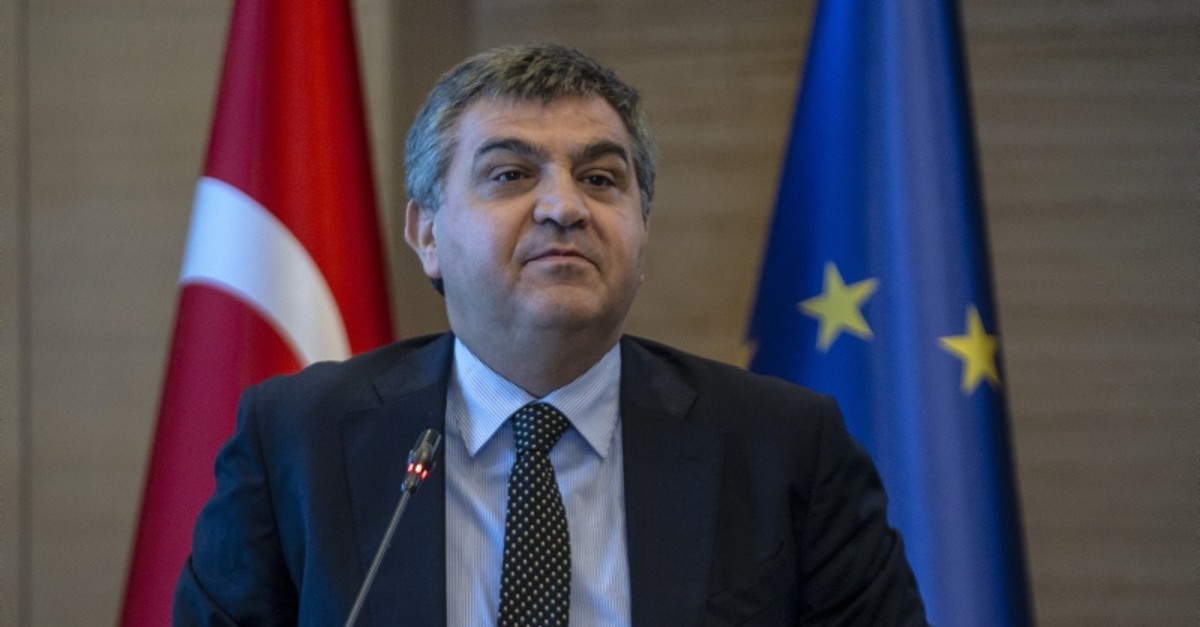 Reacting to the Turkey report that was released within the scope of the EU Commission's 2019 enlargement package, Kaymakçı said that although Turkey will take the constructive criticism within the report into consideration, when it comes to the unfair statements, it is not possible for the country to acknowledge them.

He said the report does not accurately assess the current situation in Turkey, specifically in its claim that Turkey had distanced itself from the bloc.

Kaymakçı also criticized the report's stance toward Turkey, saying that it reveals the EU's own ontological crisis and makes apparent the fact that populist movements, such as the far-right are having an impact in the EU, as can be seen in the European Parliament elections.

"The EU, which gives the impression that it is moving away from its founding principles, unfortunately, is unable to approach our country [Turkey] objectively and make clear analysis of the current situation within the country because of its prejudices coming from its own problems," Kaymakçı said.

In its report published Wednesday, the EU accused Turkey of distancing itself from the bloc and its values, adding that it sees no reason to unblock the country's EU membership talks. The report underlined "further serious backsliding" on human rights, judicial independence and stable economic policy.

The EU executive said the actions of the Turkish government had "negatively affected" financial markets.

Underlining that the relationship between Turkey and EU is based on full membership, Kaymakçı said that Turkey should be able to be a member when it fulfills the requirements.

"The report contains null and void claims saying that Turkey is moving away from European values. Turkey stands still at its place. Turkey is a part of Europe. Turkey is Europe," Kaymakçı underlined.

Pointing out that other countries continue their accession talks without any obstacles, Kaymakçı said that Turkey also wants to be treated as equals with the others during this process.

The EU decided last year that no new chapters in Turkey's accession talks should be opened or closed and the latest report noted that "the underlying facts leading to this assessment still hold."

Signing a partnership agreement with the European Economic Community (EEC) in 1963, Turkey applied for the EU membership in 1987, became a member country in 1999 and accession talks began in 2005. But negotiations stalled in 2007 due to objections of the Greek Cypriot administration on the divided island of Cyprus as well as opposition from Germany and France.

President Recep Tayyip Erdoğan said earlier this month that Turkey would continue to work toward its strategic goal of becoming a full member of the European Union.

In October, Erdoğan said he would consider putting Turkey's bid to join the European Union to a referendum, signaling exasperation with a process he says has been waylaid by prejudice against Muslims.

This unfair stance against Turkey becomes more apparent as more and more countries become members of the union while Turkey has been struggling with the issue for decades.

The latest example of this stance also came within the enlargement package as it urged EU nations to open membership talks with Albania and North Macedonia, saying the Balkans countries "have delivered on reforms," while insisting on closing the doors for Turkey.

EU foreign policy chief Federica Mogherini also recommended Wednesday opening accession talks with the two countries "as soon as possible. They are ready. This is our assessment."

Kaymakçı also criticized the report for mentioning the Gülenist Terror Group (FETÖ) as if it's yet another ordinary nongovernmental organization (NGO).

"It cannot be accepted that the FETÖ terrorist organization is mentioned in the overall piece as the 'Gülen movement' as if it is a civil society organization. Today, the EU has also started to realize how unethical, how sneaky and corrosive, how terrorist the activities of FETÖ are. Thus, we were expecting from the EU Commission to make braver mention of the issue," said Kaymakçı.