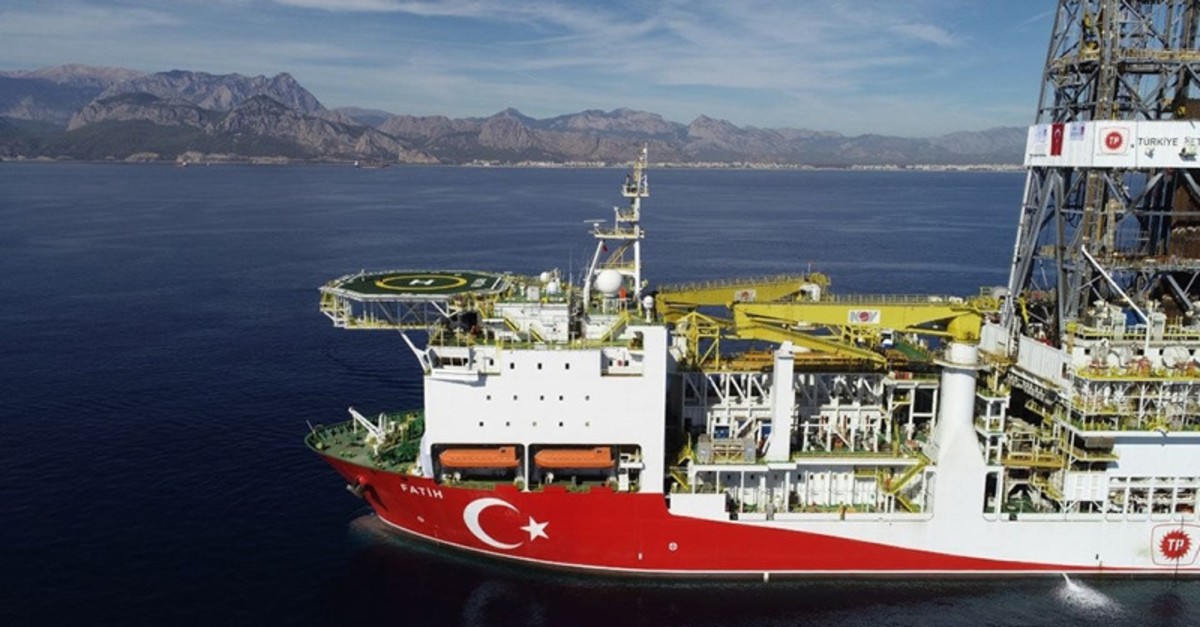 Admitted into the European Union despite the unsettled Cyprus question and assurances to Ankara and Turkish Cypriots against such a move, the Greek Cypriot Administration finally plays the veto card on EU enlargement to push the 28-nation to back its unilateral hydrocarbon activities in Eastern Mediterranean and prevent Turkey's counter moves in the region.

EU ministers from the bloc's 28 states meet in Luxembourg on Tuesday to discuss starting formal membership negotiations with Albania and North Macedonia a year after France and the Netherlands had blocked it, demanding more reforms in the fear of upsetting their parliaments and voters at home.

North Macedonia has since sealed a landmark deal with EU state Greece, ending a decades-old name dispute and prompting a dozen EU states to publicly call to reward Skopje.

At stake is also the EU's own credibility and the bloc's willingness to act against what it sees as growing influence by Russia and other foreign powers in the region still scarred by wars fought along religious and ethnic lines in the 1990s.

Complicating matters further, the Greek Cypriot Administration has threatened to block the whole text on the future prospects of countries willing to join the EU - a group that also includes Kosovo, Serbia, Montenegro and Bosnia and Herzegovina in the Balkans.

Greek Cyprus and Greece said they could seek EU sanctions against Turkey, though the bloc is not seen acting on that for now. EU ministers meeting on Tuesday -- as well as the EU's national leaders due to meet in Brussels on Thursday and Friday -- would, however, issue a warning to Ankara.

Greek Cypriot President Nicos Anastasiades said on Tuesday he expected the EU would deliver a stronger message to Turkey against endeavors by Ankara to explore for gas in areas surrounding the island.

"I'm optimistic ... that the European Union will deliver stronger messages from what they have until today, and that is our objective," Anastasiades told reporters in Nicosia.

Ankara also sent its first drilling vessel, Fatih, to the region. The vessel is currently located some 40 miles west of Paphos in an area within Turkey's continental shelf which is also claimed by Greek Cyprus within its exclusive economic zone (EEZ). However, it is not among the areas unilaterally licensed by Nicosia for hydrocarbons. The Greek Cypriot Administration has issued international arrest warrants for the ship's crew and officials from foreign companies assisting in the drilling. Turkey warned this week that it would give the "necessary response" to Greek Cyprus over the arrest warrants.

A joint declaration issued Friday at the end of the sixth Med7 summit in the Maltese capital La Valletta with the leaders of France, Italy, Greece, Portugal, Spain, Malta and Greek Cyprus said the EU should "consider appropriate action" against Turkey if it doesn't stop an "illegal" hydrocarbon drilling bid in waters where the Republic of Cyprus has exclusive economic rights.

Turkish Ministry of Foreign Affairs immediately responded and slammed the joint declaration, saying it has no value, provision or influence over Turkey, adding that the stance shows that "the EU and EU countries cannot be impartial and trusted actors in solving of the Cyprus question as well."

The current language of the EU draft ministerial statement it somewhat similar. It says Turkey "continues to move further away from the European Union" and calls on Ankara to stop "illegal" drilling.

Diplomats said Greek Cyprus was seeking a clearer threat that, should Ankara not change tack, the EU could formally end talks on upgrading its customs union with Turkey and on the right for visa-free travel for Turkish citizens traveling to the EU, as well as cutting funds for the key NATO ally.

The EU formally halted Turkey's long-stalled membership bid following the July 15, 2016 failed coup attempt launched by the Gülenist Terror Group (FETÖ) and the government's response including a two-year-long state of emergency and dismissal and trial of tens of thousands of sympathizers of terrorist groups. While the relationship is tense, the EU still depends on Turkey on security issues, trade, energy as well as migration.