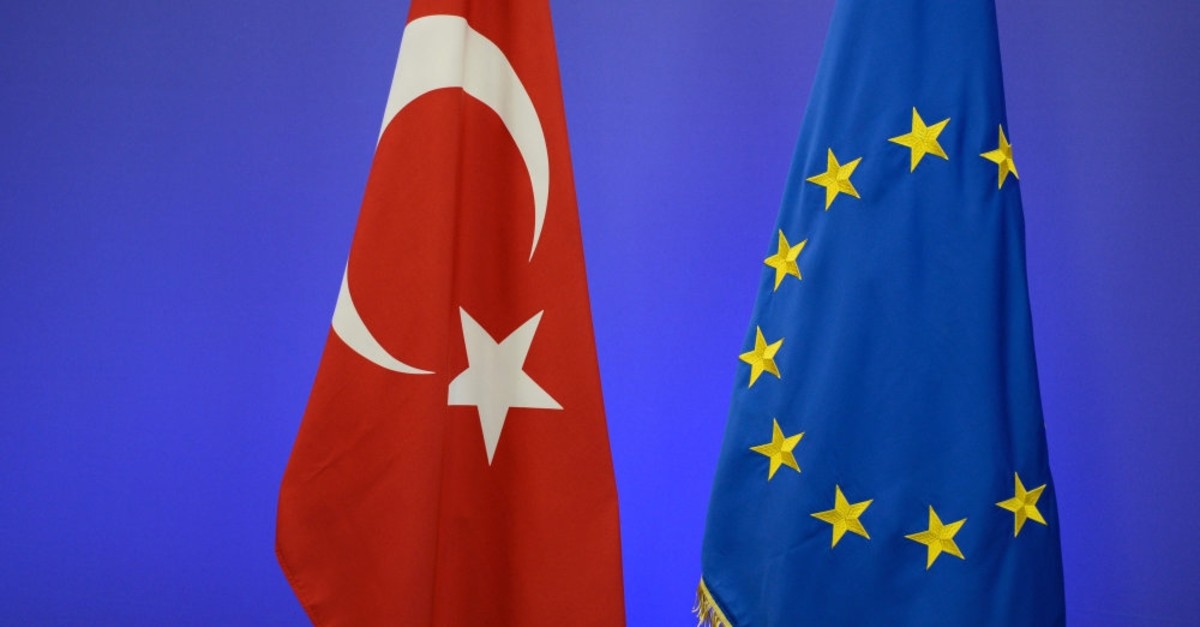 Ankara and Brussels signed an agreement in 2016 to find a solution to the influx of refugees heading to the European Union.
by Daily Sabah Jul 23, 2019 12:21 am

Following the European Union's repetitive failures to deliver on its promises, Turkey said that the readmission deal is no longer functioning and unilaterally decided to suspend its commitments

Ankara announced that the readmission deal with the European Union signed in April 2016 will no longer be functional as long as the bloc continues to not fulfill its promise of visa-free travel for Turkish citizens.

"We will not wait at the EU's door. The readmission agreement and visa-free deal will be put into effect at the same time," Foreign Minister Mevlüt Çavuşoğlu said yesterday in a TV interview, and added that Turkey has decided to suspend its commitments in the deal.

Lastly, the customs union was also to be updated in accordance with the deal. In exchange for these promises of the EU, Turkey took the responsibility of discouraging irregular migration through the Aegean Sea by taking stricter measures against human traffickers and improving the conditions of more than 3 million Syrians living in Turkey.

Despite significant developments in the control of migration traffic, the EU could not deliver on its commitments stated in the deal. Çavuşoğlu also refuted speculation suggesting that there is a shift in Ankara's political and military alignment by saying that the removal of Turkey from NATO is not possible, adding that the country, however, will take new initiatives in foreign policy. "Waiting at the EU's door for 50 more years is not possible for Turkey. We will announce our new initiatives on foreign policy in the beginning of August," he said. Turkey's journey to become a member of the EU has seen numerous ups and downs in the last 50 years. Turkey has always been open to cooperation, doing its part within the bounds of its capabilities in the negotiations, which started in 1963 with the Ankara Agreement. Yet, Turkey has been waiting for membership for decades as the EU keeps dragging its feet on the process.

After a long interim period, Turkey signed the European Constitution in 2004, leading to negotiations for full membership to be launched in 2005, when the Justice and Development Party (AK Party) was enjoying its first term in power. However, negotiations stalled once again in 2007 due to objections to opening chapters by the Greek Cypriot administration on the divided island of Cyprus.