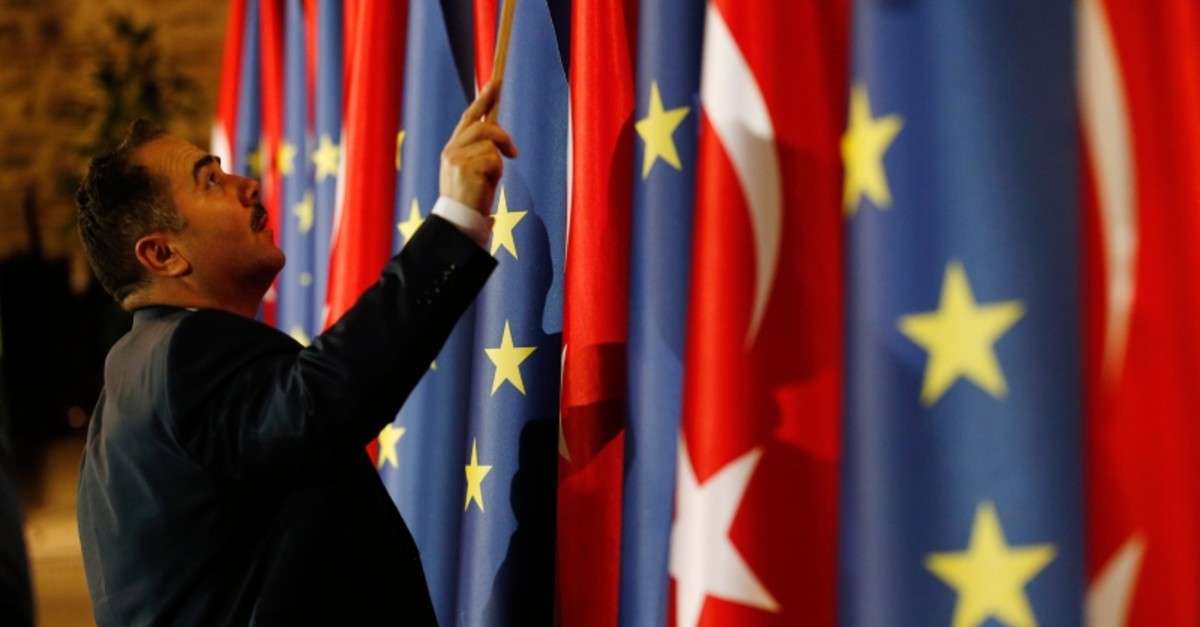 Turkey's president published a circular Wednesday in the Official Gazette on accelerating the country's efforts to meet criteria for the process of visa liberalization dialogue with the European Union.

President Recep Tayyip Erdoğan recalled that the dialogue started simultaneously with a readmission agreement that was signed on Dec. 16, 2013.

It also highlighted the importance of cooperation between the institutions in this process.

In December 2013, the EU and Turkey launched the dialogue in order to eliminate the visa obligation currently imposed on Turkish citizens traveling to the Schengen area for a short-term visit.

Up to now, Turkey has fulfilled 66 out of the 72 necessary criteria for enabling Turkish citizens to have visa-free access to the EU. Following the Parliament opening on Oct. 1, Ankara will launch a new initiative to take necessary measures for fulfilling the remaining six criteria. During the meeting of the Reform Action Group chaired by Erdoğan on May 9, Erdoğan instructed the working group that the necessary steps to meet the remaining six criteria for visa liberalization be taken immediately.

Technocrats working on the issue have made a significant progress to be ready for fresh negotiations with the EU on the remaining criteria.

The remaining six criteria include the anti-terror regulation, Europol (European Union Agency for Law Enforcement Cooperation), the Group of States against Corruption (GRECO), cooperation in the extradition of criminals, protection of personal data and the readmission agreement.

Signing a partnership agreement with the European Economic Community (EEC) in 1963, Turkey applied for EU membership in 1987, became a member country in 1999 and accession talks began in 2005. But negotiations stalled in 2007 due to objections of the Greek Cypriot administration on the divided island of Cyprus as well as opposition from Germany and France. Ankara, which maintains the strategic goal of EU membership, has been calling for some time now for the EU to conclude the process either way instead of stalling.