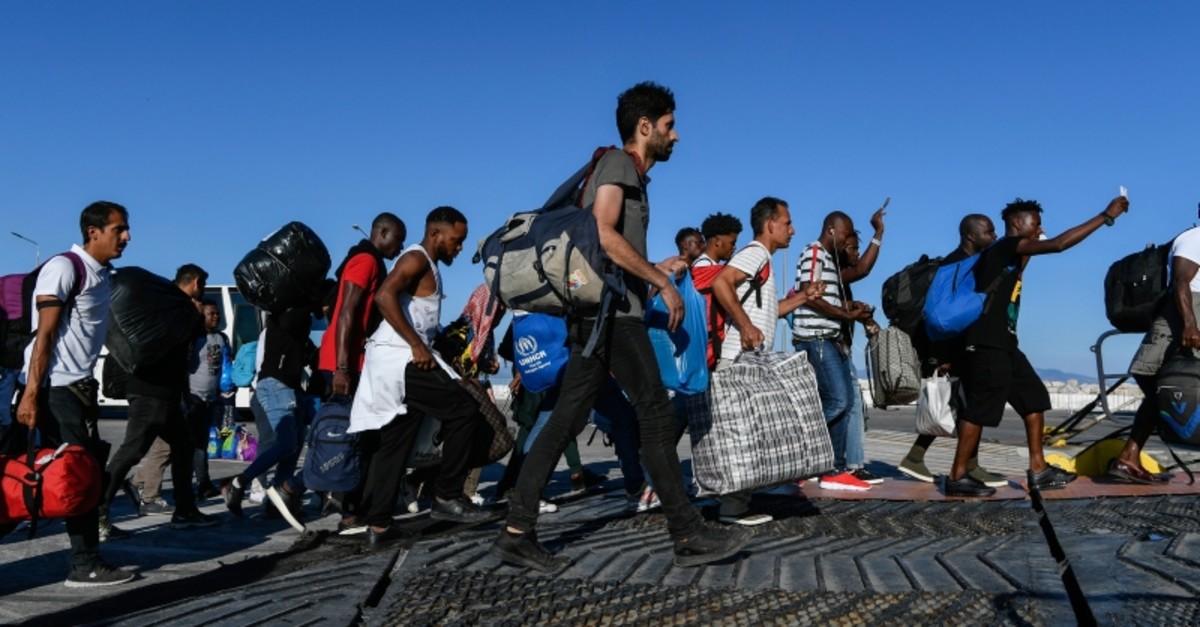 Refugees and Migrants disembark on a ferry with destination the port of Piraeus, on the northeastern Aegean island of Lesbos, Greece, Monday, Sept. 30, 2019. (AP Photo)
by Daily Sabah with AFP Sep 30, 2019 6:17 pm

The Greek government said Monday it wants to send 10,000 migrants back to Turkey by the end of 2020, following an emergency cabinet meeting.

Athens would increase the rate from the "1,805 returned in the 4.5 years under the previous Syriza government" of left-wing leader Alexis Tsipras, a cabinet statement said, a day after a deadly fire at a migrant camp on the Greek island of Lesbos.

To reduce the number of illegal migrants on the dangerous Aegean Sea route, Turkey and the European Union signed an agreement in 2016. The deal stipulates that Greece is to send migrants held on its Aegean islands back to Turkey. In return, Turkey is to send Syrian migrants it hosts to various European Union countries.

According to the deal, Turkey was promised a total of 6 billion euros in financial aid, which was initially designed to be given to the country in two stages and be used by the Turkish government to finance projects for Syrian refugees. Visa freedom for Turkish citizens was also to be provided under the agreement. Lastly, the customs union was also to be updated in accordance with the deal.