Turkey's accession to EU would be marvelous for bloc's stability, ex-Spanish PM says 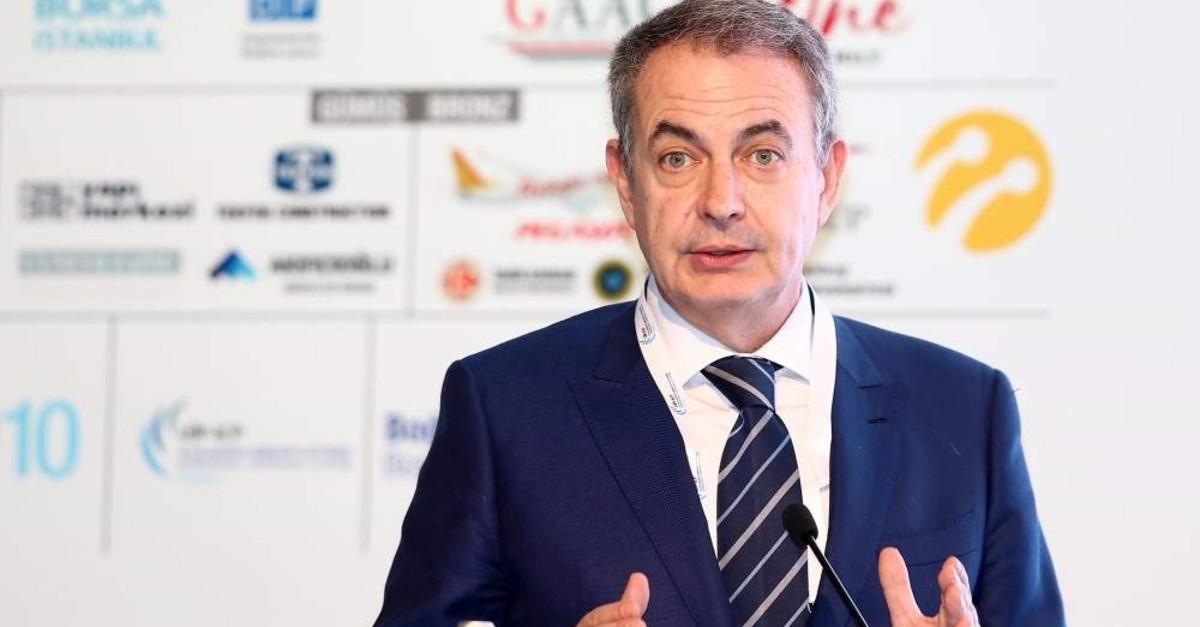 Former Spanish Prime Minister Jose Luis Rodriguez Zapatero speaks at the 10th Bosporus Summit in Istanbul on Wednesday, Nov. 27, 2019 (AA Photo)
by Anadolu Agency Nov 27, 2019 3:54 pm
Turkey must be within the EU and it would be marvelous for the bloc's stability, peace and cultural diversity, the former Spanish prime minister said Wednesday.
"Turkey is a significant power and it has a high capacity for bringing the west and the east together," former Spanish Prime Minister Jose Luis Rodriguez Zapatero told the 10th Bosporus Summit in Istanbul.
He said Turkish people experienced some disappointments but they should get closer to the EU.
All countries should make efforts for the peace settlement, and the current positions of the global powers are worrying, he noted.
"We should resist the nuclear armament as all countries, we cannot take chances," the former minister added.
Saying that the east and the west should be balanced, he noted that summits such as G-20 and Bosporus are positive steps in this process.
Improvements in technology, communication and transportation devices are significant leverages for development, he added.
He also said improving communication among people brings successful results.
The three-day Bosporus Summit, organized by the International Communication Platform under the auspices of Turkish President Recep Tayyip Erdoğan, is held between Nov. 27-29 with the theme of "Towards a New World Order."
Top Turkish and foreign officials, high-level business people, academics and experts attend the summit for addressing trending topics such as trade issues, changing world order, digital transformation and defense industry.
Last Update: Dec 20, 2019 1:58 am
RELATED TOPICS