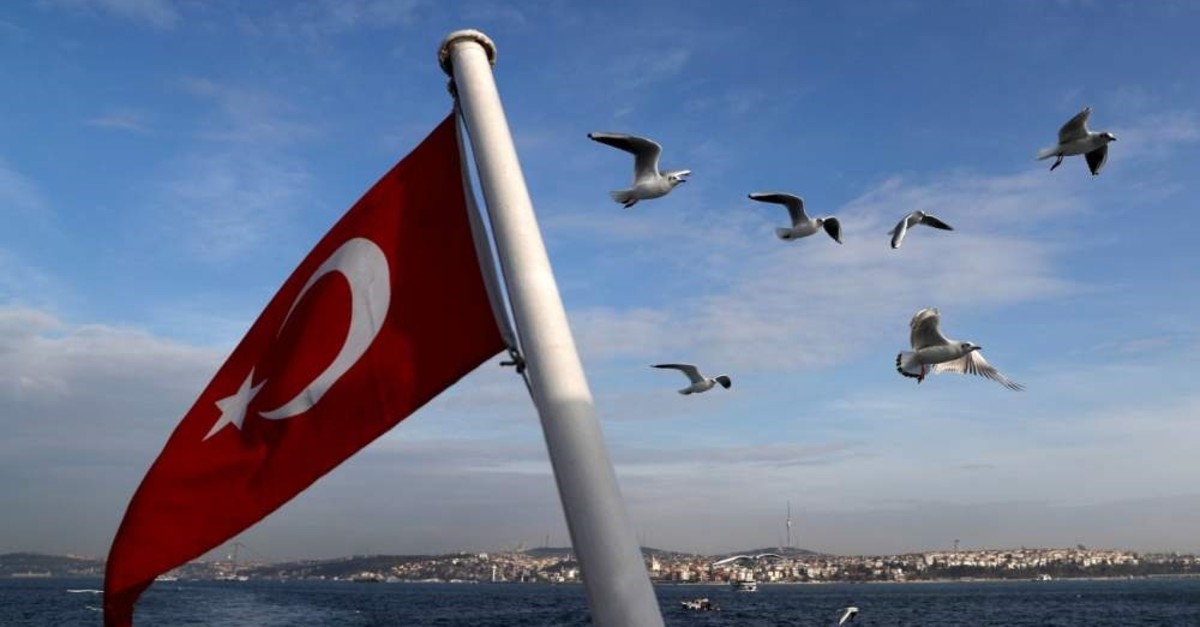 The European Parliament on Tuesday penalized a Greek member who ripped a Turkish flag during a parliamentary session last month, banning him from participating in the parliamentary activities for four days.

Member of the European Parliament (MEP) Ioannis Lagos ripped the Turkish flag during a plenary debate on migrants. For using insulting language and tearing apart a national symbol, Lagos also will lose seven days of his daily allowance, according to the European Parliament's decision. The financial penalty totals 2,261 euros ($2,469).

"We don't hear anybody talk about the situation of Greek citizens. Everybody talks about migrants. What about the rights of the Greek citizens?" Anadolu Agency (AA) quoted the infuriated MEP as saying.

"On the one hand, there is Turkey, which is doing whatever it wants to do," Lagos said, ripping a piece of paper with the Turkish flag printed on it. He said they need to put an end to the migrant flow.

"These racist heads know best how we break the hands reaching our flag, and how we drive them to the sea," Çavuşoğlu said.

Amor also criticized Lagos, saying that nothing justifies his action.

"Turkey is an EU candidate country. Our relations are not at their best at this very moment. But nothing justifies the regrettable action of tearing the flag in the European Parliament plenary," Amor said in response to Çavuşoğlu, adding that the far-right Islamophobic narrative is "not welcome in Brussels."