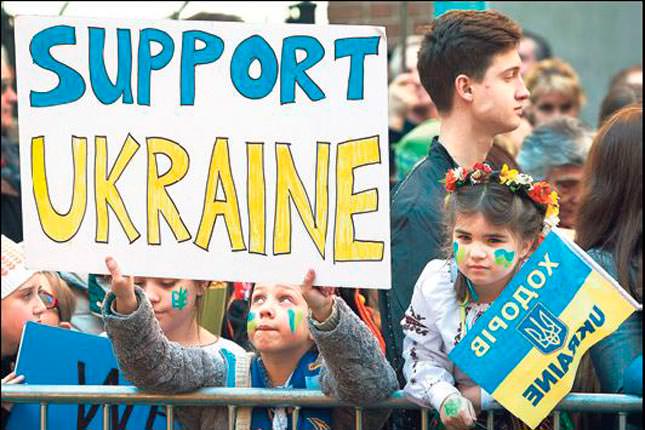 by Feb 25, 2014 12:00 am
Ukraine said on Monday it will need $35 billion in urgent foreign assistance and asked western donors to convene an international conference within two weeks to agree a financial rescue plan. Interim Finance Minister Yuriy Kolobov said in a statement that the "planned volume of macroeconomic assistance for Ukraine may reach around $35 billion (25 billion euros)" by the end of next year. Europe is discussing a range of options for shortand long-term financial assistance to Ukraine, but any comprehensive package is likely to take shape after elections in May and in coordination with the International Monetary Fund (IMF).
Smaller bilateral loans, however, possibly coordinated via the EU, could be used to provide short-term assistance, officials said. Discussions have already taken place with Japan, China, Canada, Turkey and the United States on potential donations, a senior European Commission official said, and efforts are being made to keep Russia engaged in the process as well. U.S. Treasury Secretary Jack Lew encouraged Ukraine to begin discussions with the IMF on an assistance package as soon as possible once a transitional government is in place in Kiev. Lew spoke with Arseny Yatsenyuk, a member of Ukraine's interim leadership. The United States, together with Europe and others in the international community, is ready to supplement an IMF program to cushion the impact of reforms on low-income Ukrainians, the official said. Ukraine's interim leadership pledged on Sunday to put the country back on course for European integration after Moscowbacked Viktor Yanukovich was ousted from the presidency.