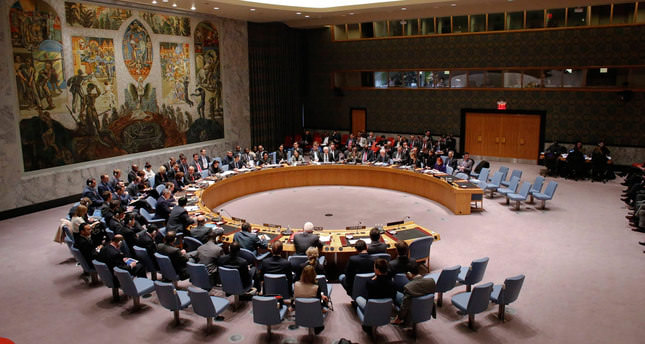 Kiev (AA) - Ukraine's Foreign Minister Andrii Deshchytsia called on the help of the US, Europe, and NATO to protect Ukrainian territory.

The Ukrainian government made a written request to ask for the help of the European Union and NATO to protect the country's territorial integrity and its nuclear power plants, amid rising tension and risk of war.

NATO ambassadors will meet in Brussels on Sunday to discuss the developments in Ukraine, NATO Secretary General Anders Fogh Rasmussen said on his Twitter account on Saturday.

"Russia must respect Ukraine's sovereignty, territorial integrity and borders, with regard to the movement of Russian forces in Ukraine," Rasmussen tweeted.

Turkey's Foreign Minister Ahmet Davutoğlu held a telephone-conference on Saturday with EU Foreign Policy Chief Catherine Ashton, along with other foreign ministers from France, Germany, Japan, Poland, Italy and the UK. The ministers discussed possible solutions to the rising tensions between Ukraine and Kremlin, according to diplomatic sources.

Ukraine's anti-government protests began in late November against former president Viktor Yanukovych's refusal to sign an EU trade deal
in favor of closer economic ties with Russia. The three-month unrest resulted in the ousting of Yanukovych and the installment of an interim government.

As a result, tensions escalated between Kremlin and Kiev, as protests erupted in the pro-Russian region, Crimea, which refuses the new interim government's legitimacy.