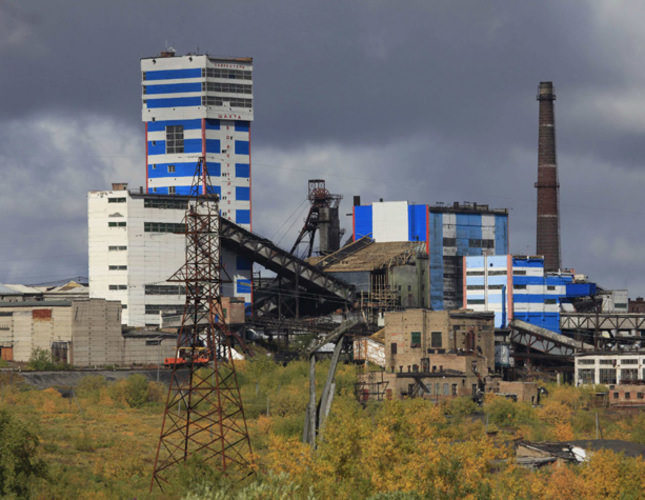 Brussels (Reuters) - European Union countries such as Poland and Greece are worried they may face gas shortages and economic damage if Russia stops pumping the fuel to Ukraine, with Kiev facing a Friday deadline to pay Moscow a $2 billion energy bill.

Despite extreme tension between Moscow and Kiev's new pro-Western government, Russian gas giant Gazprom has so far maintained supplies to Ukraine. The former Soviet republic is strategically important to Moscow as the main gas transit route to the European Union, Russia's biggest customer.

But Russia has threatened to remove the discount Ukraine gets on the gas it receives for itself, and Kiev is up against a March 7 deadline to pay an outstanding gas bill.Debt-laden Greece is particularly worried.

"A disruption from Ukraine is the worst scenario for Greece," its energy experts said in input to the meeting, adding that liquefied natural gas (LNG) capacity stood at 70 percent full and its next delivery was expected on March 14.

Monday's 2-1/2-hour online debate showed EU nations were mostly amply supplied, but it was unclear how much they could ship back to Ukraine, which the meeting heard needed 15-35 million cubic metres (mcm) per day for domestic use.

A spokeswoman for the European Commission, the EU's executive arm, could not immediately provide an estimate on how much of any shortfall the EU could cover.

A mild winter means storage in the 28-country European Union is about 5 billion cubic metres (bcm) above the level of 2012 and 10 bcm higher than in 2013, according to the document.

That means a week-long cutoff could be managed, but a three-week outage, especially if the weather becomes cold, would strain supplies and drive up prices.

For EU leaders, the bloc's energy costs - much higher than those in the United States - are a political flashpoint.

In some cases, the improvements mean EU nations can send gas back to Ukraine if they have a surplus.

The Commission asked Monday's meeting for precise details of how much gas EU member states could spare for Ukraine and EU neighbours most dependent on Russian supplies.

Member states gave limited information. Romania said in the event of a fall in temperature, it could not help neighbouring Bulgaria, one of the nations most dependent on Russian gas.

Bulgaria is the one member of the bloc that did not take part in Monday's meeting. Its prime minister said on Wednesday the country was building up gas stocks.

Poland, which neighbours Ukraine, said it could import any missing volumes via Belarus rather than Ukraine, but would need Gazprom's consent to divert the gas. Should Gazprom refuse, that could have a wider impact as pressure would fall in the pipeline network, making shipment difficult.

However, together with Hungary and Austria, Poland could have some flexibility to help neighbours, the document said.

Slovakia's potential to help Ukraine depends on a reverse-flow link, which the Commission has said is all but agreed, but has yet to be signed because of the turmoil in Ukraine.

An EU source, speaking on condition of anonymity, said the Commission was working to get the reverse-flow arrangement finalised quickly. The source said it would take six months for gas to flow and the link could initially carry 6 bcm per year.