Russia to halt inspections of its strategic weapons 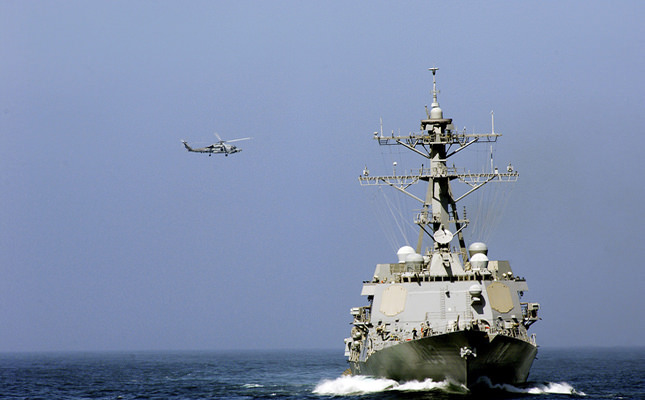 by French Press Agency - AFP
Mar 08, 2014 12:00 am
Moscow - Russia is considering halting foreign inspections of its strategic weapons arsenal, including nuclear-capable missiles, in response to "threats" from the West over the Ukraine crisis, the defence ministry said Saturday.

"The unfounded threats towards Russia from the United States and NATO over its policy on Ukraine are seen by us as an unfriendly gesture that allows the declaration of force majeure circumstances," a high-ranking defence ministry official, who was not named, said in a statement to all Russian news agencies:

The inspections that could be halted are carried out in line with the Strategic Arms Reduction Treaty (START) with the United States and the Vienna Document between Organisation for Security and Cooperation in Europe (OSCE) member states.

Cutting off such inspections would likely be seen by the West as a major violation of such agreements, which are regarded as a cornerstone for the maintenance of global peace in the post-Cold War world.

"We are ready to take this step in response to the announcement by the Pentagon about stopping cooperation between the defence institutions of Russia and the United States," the Russian defence ministry official added.

"Inasmuch as these inspections are a matter of trust, then in a situation where the United States has de facto declared the imposition of sanctions then there cannot be normal, bilateral contacts on observing agreements."

The New START treaty between Russia and the United States, signed between US President Barack Obama and then Kremlin chief Dmitry Medvedev in 2010, entered into force in February 2011.

The agreement provides for 18 on-site inspections per year as part of a verification regime for a treaty that envisages drastic cuts in missiles and nuclear warheads on both sides.

The United States has already imposed visa bans and set the stage for wider sanctions against Russia over the seizure of the Ukrainian region of Crimea by pro-Russia forces.

Obama also signed an executive order paving the way for economic sanctions against individuals or entities in Russia.