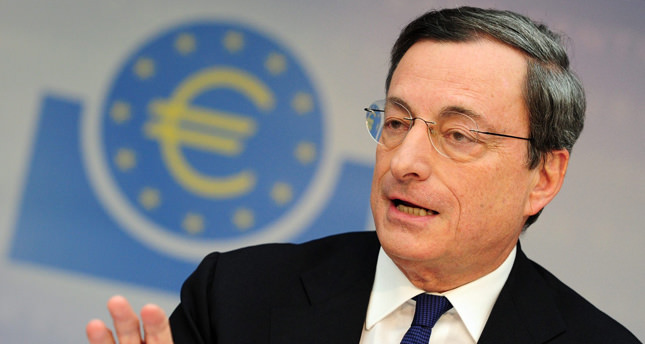 by reuters Mar 09, 2014 12:00 am
Brussels - European Union governments and parliamentarians will try to reach a compromise this week on how to wind down failing banks, in marathon talks intended to settle who decides to close banks and who picks up the bill.

A deal in the negotiations, set to span three days, would be the final step in a European banking union that would mean one supervisor for all euro zone banks, one set of rules to close or restructure those in trouble and one common pot of money to pay for it.

The banking union, and the thorough clean-up of banks' books that will accompany it, is meant to restore banks' confidence in one another and boost lending to other businesses and households.

New lending has been throttled by banks' efforts to raise capital and reduce the bad loans that proliferated in the
recession triggered by the global financial crisis and deepened by the euro zone's own sovereign debt crisis.

Policymakers agreed last year that the European Central Bank (ECB) will be the single supervisor for all euro zone banks and the ECB will take on its new responsibilities from November.

But talks on a single European agency to wind up or close failing banks, and on a single fund to back it up, have entered a crucial stage: EU governments, represented by finance ministers of the 28-nation bloc, and the European Parliament must reach a deal next week.

If they don't, there won't be enough time to complete the legislative process for the resolution mechanism before the last sitting of the current parliament in mid-April. The key law would be delayed by at least seven months, probably more.

"The ground is very well prepared, now we have to show political will. We will stay there (in the meeting) as long as it takes to find a solution," one EU official involved in the preparations for the talks said.

"It's clear to all EU member states that if we want to achieve an agreement there's only one direction to go - to try mto accommodate the parliament," the official said.

The problem is that European governments and the European Parliament want different things.

EU finance ministers agreed in early December that a decision on closing down a bank in the euro zone would be taken by the board of the resolution agency, but that decision must be signed into law by the EU's executive Commission and by all the EU finance ministers.

The European Parliament wants no involvement of EU finance ministers, arguing it would politicise the process.

Parliament also wants the ECB - the supervisor of all banks - to be the only institution that can declare a bank is failing and that its fate has to be resolved. EU governments want the single resolution agency board and national authorities to have a say.

Governments and parliamentarians also disagree on how quickly to build up the shared resolution fund and how soon all the money in it should be accessible to all countries.

The fund will be filled from contributions of all euro zone banks and is to reach, eventually, around 55 billion euros ($76 billion).

Governments want the fund to reach full capacity over 10 years and agreed the amount of money that would be available to all euro zone countries would increase by 10 percent each year, so that the fund would be fully mutualised after a decade.

In the meantime, if a euro zone country does not have enough money accumulated from the contributions of its own banks to cover the costs of closing one, its government would have to come up with the cash. If it cannot borrow that from the markets, it could ask the euro zone bailout fund for a loan.

The parliament believes this would not break the vicious circle of highly indebted governments trying to rescue banks that are failing because they lent to the government.

Parliamentarians therefore want all bank contributions to the resolution fund to be fully available to all euro zone countries after three years, not 10. This could make it unnecessary for governments to borrow at all, providing relief to battered public finances.

Whether banks would therefore have to pay in all the 55 billion more quickly as a result is another contentious issue.

Finally, policymakers have to decide if they will allow the single resolution fund to borrow on the market against the security of future contributions from banks if it is short of cash at any point, or if it should be allowed to borrow from the euro zone bailout fund or given government guarantees.

Even though all these issues have been known since early December, there has been no progress so far.

"No major issue has been solved, because we will go for solving them all together," the EU official said.

A deal is to be worked out over Monday and Tuesday, when euro zone and EU finance ministers meet to amend their initial
position from December, and Wednesday when they will present the new stance to parliament.