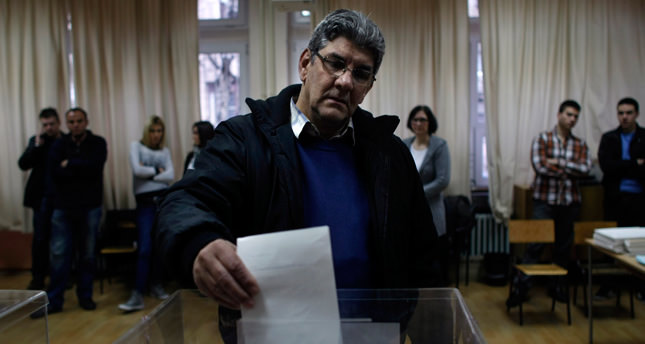 by AA Mar 16, 2014 12:00 am
BELGRADE – Polling stations have opened for general elections in Serbia on Sunday morning, in a race where incumbent Prime Minister Ivica Dacic risks losing the post to his deputy Aleksandar Vucic.

Polling stations opened 07:00am local time and will remain open until 20:00.

3,020 candidates from nineteen political parties will compete to enter the 250-seat Serbian parliament.

At polling centers in Serbia, Bosnia Herzegovina and Kosovo, 6,767,324 citizens will be able to vote according to data from the Serbian Electoral Commission. The official results of the elections will be announced on March 20 on the official gazette.

Political analysts estimate that the Serbian Progressive Party (SNS), under Vukic's presidency, is the favourite to win the general elections