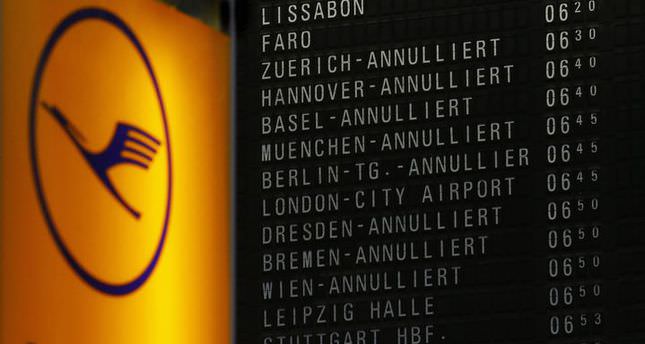 by AA Apr 02, 2014 12:00 am
BERLIN — Lufthansa pilots have deadlocked much of the air traffic in Germany Wednesday with the start of a comprehensive three-day strike, which is expected to affect at least 425,000 passengers.

At the airports, cancellations were clearly noticeable. In the terminals of many airports including Frankfurt and Munich, there was very little activity because most of the passengers had been informed in time.

The pilots union, Vereinigung Cockpit, which represents around 5,400 pilots, is holding the three-day strike over a long-running pay dispute and the preservation of an in-house early retirement agreement along with a 10 percent salary increase demand.

This is likely to be the largest strike in Lufthansa
Last Update: Apr 02, 2014 3:39 pm
RELATED TOPICS