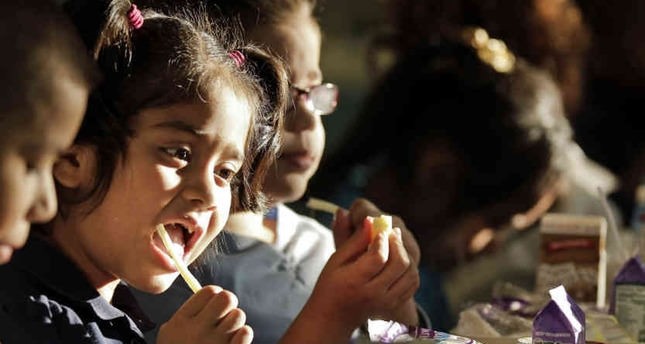 by Anadolu Agency Apr 04, 2014 12:00 am
France's National Front party will prohibit pork substitution in menus in school canteens, says the Party leader Marine Le Pen Friday in Radio Luxembourg (RTL).
The leader of the anti-immigrant National Front party (NP) said that they will prohibit substitution meals provided for Muslim and Jewish students on municipalities headed by National Front because it "is a violation of the principle of secularism."
"We will not accept any special religious measures in school food menus," said Le Pen.
Last Sunday, the FN achieved historical success by winning in more than 11 towns in local elections.
Human rights and anti-racism associations and Muslim associations are expected to respond to Le Pen's statements.
Last Update: Dec 04, 2017 8:49 pm
RELATED TOPICS