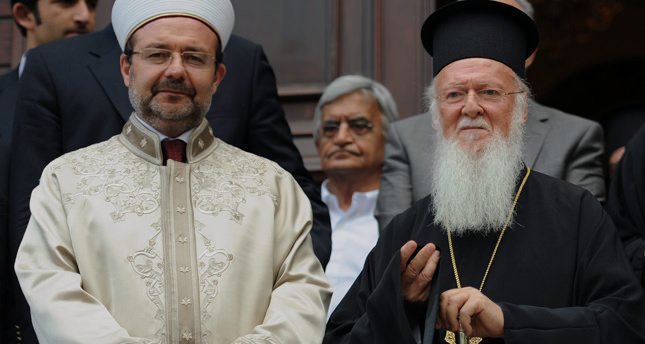 The Greek government insists on having muftis appointed by the state but some members of the Turkish community, saying it violates their rights, have said they will never accept the system.

In 2007, the Greek Parliament approved the legislation, which specifies that only the Greek government can appoint the clergy and the Quran must be taught in Greek. But the legislation, also known as the "Imam Law," failed to come into force due to strong resistance by the Turkish population in the region.

In 2013, the bill was again approved by the Greek Parliament, after it was amended so that the mufti would be evaluated and appointed by a five-member committee with a Muslim majority.

The Greek public schools now give lessons on the religion of Islam and the Quran in Greek to the Turkish minority's schoolchildren.

Selected Mufti of Komotini Ibrahim Serif told a correspondent for The Anadolu Agency that the "Imam Law" is deeply upsetting the Turkish minority in Western Thrace.

"The Turkish people are extremely uncomfortable on this issue," he said.

The President of Chaplains Association of Western Thrace Mosques, Ahmet Saricali, said the "Imam Law" violates the rights of the minority as well as international agreements. Therefore, he said, the Turkish community will never accept it.

Friendship, Equality and Peace Party leader Mustafa Alicavus also objected to the law. He pointed to the 1923 Lausanne Peace Treaty, which says the Turkish Minority in Greece can manage their own religions and freely establish independent social institutions and school.