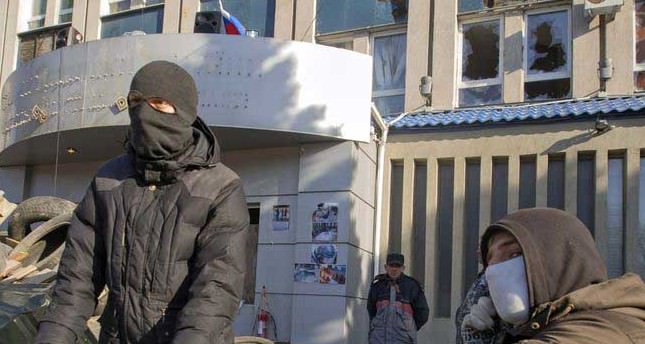 by Anadolu Agency Apr 08, 2014 12:00 am
KHARKIV — Ukrainian authorities say a counterterrorist operation has cleared "separatists" occupying a state administration building occupied by pro-Russians in the eastern city of Donetsk and Kharkiv.

Police officials in Lugansk also said Monday that the local SBU headquarters and its weapons arsenal were in the hands of separatists calling themselves the 'Army of the Southeast'.

Local law enforcement officials announced that all major roads into the city have been closed.

Turchynov and acting Prime Minister Arseny Yatsenyuk have directly accused Russia of orchestrating and carrying out the attacks in the hope of repeating what Turchynov called 'a Crimea scenario', a reference to Russia's invasion and subsequent illegal annexation of the region last month.