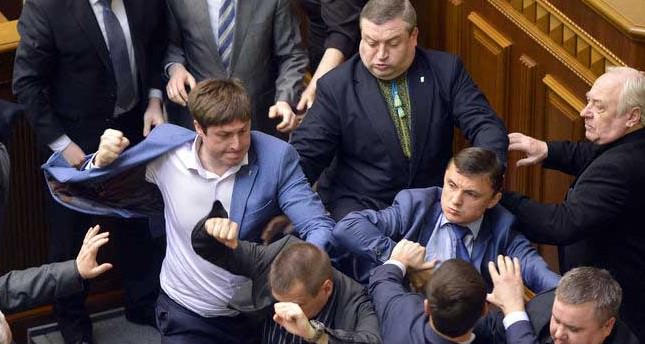 by Anadolu Agency Apr 08, 2014 12:00 am
KIEV — Deputies in the Ukrainian parliament brawled in the chamber after a communist leader accused nationalists of playing into the hands of Russia by adopting extreme tactics early in the Ukrainian crisis.

Two deputies from the Svoboda far-right nationalist party took exception to the charges by communist Petro Symonenko and seized him while he was talking from the rostrum.

His party supporters rallied to his defence and a brawl broke out with deputies from other parties joining in. Symonenko stirred nationalist anger when he said: "You are today doing everything to intimidate people. You arrest people, start fighting people who have a different point of view".