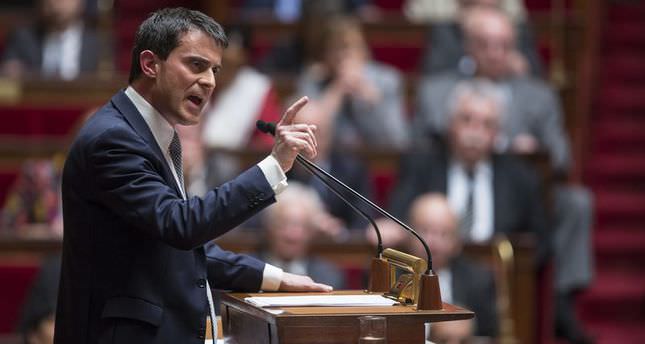 by Apr 09, 2014 12:00 am
PARIS — The government of new French Prime Minister Manuel Valls won a vote of confidence in parliament on Tuesday, hours after Valls set out a package of tax and spending cuts aimed at restoring growth to the euro zone's second largest economy.

Deputies in the lower house National Assembly voted 306 to 239 to support Valls, named as prime minister last week in a reshuffle ordered by President Francois Hollande after his Socialists lost heavily in local elections.
Valls said his new government would embark on what he called a "new phase" in Hollande's five-year mandate through to 2017.