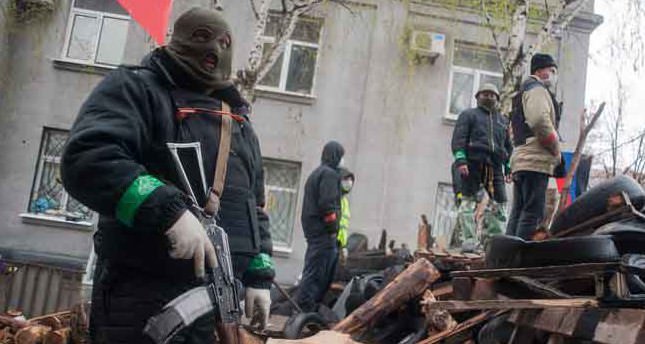 KIEV — One Ukrainian state security officer was killed and five others were wounded on the side of government forces in an "anti-terrorist" operation on Sunday against pro-Russian separatist militants in a city in the east, the interior minister said.

Gunfire was reported in the vicinity of the buildings held by an armed pro-Russian separatist group after the assailants began firing on security service officers, Avakov said.

The gunmen seized the district police headquarters in Slovyansk early Saturday in an operation that has been described by local residents and police officials as 'highly organized' and with 'professional precision.'


On the side of the separatists there had been an "unidentifiable number" of casualties during the operation in the town of Slaviansk, the minister, Arsen Avakov, said.

About 1,000 people were giving support to the separatists, he added.