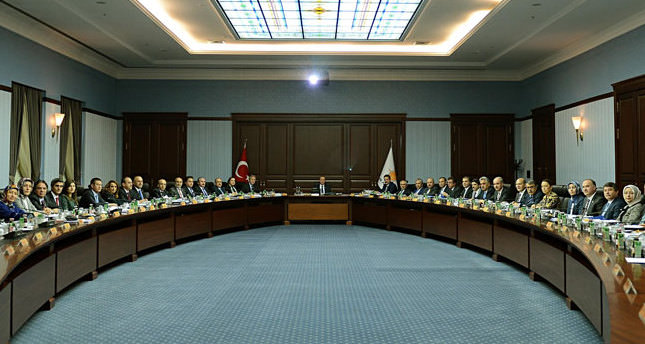 by daily sabah
Apr 15, 2014 12:00 am
ANKARA — The Justice and Development Party (AK Party) shuffled its administration and appointed four new people to its Executive Central Decision Making Board (MKYK) under the leadership of Recep Tayyip Erdoğan following the March 30 local elections, when a number of ministers and parliamentarians were elected as mayors throughout the country.

The meeting touched on the three-term rule, evaluated requests made by relevant party organizations and the base, and finalized appointments to the vacancies created by newly elected mayors who left their positions within the MKYK.

MKYK is the top decision-making body of the AK Party and outlines the procedures, methods and principles adopted by the party. It also administers the party's economic, political and legal activities.