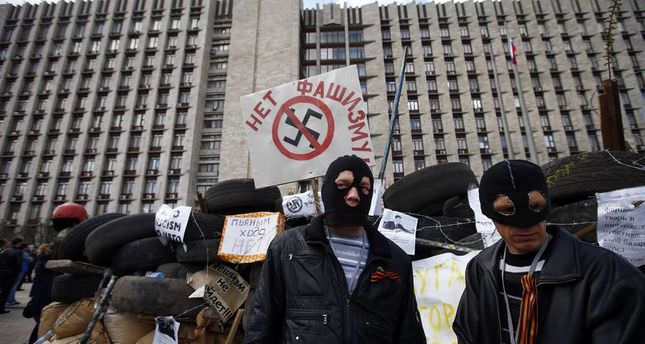 by reuters
Apr 15, 2014 12:00 am
SLAVIANSK/DONETSK, Ukraine — Pro-Russian separatists on Monday ignored an ultimatum to leave occupied government buildings in eastern Ukraine and instead seized more buildings as the government failed to follow through on a threatened military crackdown.

Pro-Russian rebels have seized buildings in around 10 other towns and cities across other eastern provinces that form the heartland of Ukraine's heavy industry.

The Ukraine crisis, and in particular the annexation of Crimea by Russia last month following the Ukranian uprisings, have led to the most strained relations between Moscow and the West since the Cold War.