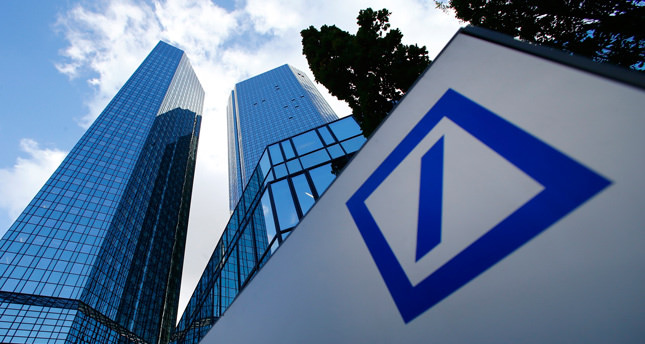 by Apr 16, 2014 12:00 am
LONDON — Europe's top 30 banks cut assets by 2 trillion euros ($2.76 trillion) last year and are set to cut them again in 2014 as regulatory pressure prompts investment banks to shrink and retail banks sell some of their loans into a rising market.

Measures by regulators to end the systemic threat of banks being "too big to fail" has encouraged banks to sell off portfolios of loans and entire subsidiaries and pull back from business areas such as bond trading, reducing both the size and riskiness of their business.

Large banks are expensive to bail out, but letting them fail can be even more costly, since economies and other banks are dependent on the credit they provide and deposits they hold.

Those with a low level of equity are particularly dangerous, since even a small percentage change in the value of their assets can wipe out their capital.

Reuters analysis of year-end statements from Europe's most valuable 30 listed banks shows total assets across the group fell 8.3 percent to 22.2 trillion euros, though the figure is still about 1.7 times the European Union's GDP in 2013.

Just three of the banks boosted total assets last year, and the biggest falls were at investment banks, led by a 21.5 percent drop at Switzerland's biggest bank UBS, and double-digit falls at Deutsche Bank and Britain's Barclay's.

"If you look at the leverage constraints in Europe, they're bigger for investment banks," said Ronny Rehn, co-head of EMEA banks research at KBW, pointing to regulatory targets on the ratio of total assets to equity.

"On balance, the wholesale banking space will continue to have bigger falls (in assets) than retail banks," he added.

James Longsdon, co-head of EMEA financial institutions at ratings agency Fitch, cautioned that figures for investment banks were distorted by the accounting for derivatives, for example - with no netting allowed of assets and liabilities for the same counterparty - but said on an underlying basis assets were likely to continue to reduce.

"We are likely to see a further reduction in leverage in 2014," he said.

UBS, one of the banks left with the heaviest losses after the market for U.S. subprime mortgages collapsed, is radically transforming its business by hiving off loans, abandoning risky bond-trading activities and refocusing the group around its traditional private banking roots.

Deutsche Bank, which saw total assets fall 18.5 percent last year, said in February it might have to shrink by more than its initial plans to meet regulatory targets that are likely to cap a bank's total assets at no more than 33 times equity.

Barclays' assets fell last year by 176 billion pounds ($295 billion), or 12 percent, reflecting decreases in derivatives and instructions from the UK regulator to cut its leverage.

Banks from economically troubled southern Europe trimmed assets at a slower pace, with an average 5 percent fall across the five Spanish lenders in the group, 9.5 percent for the two Italian banks covered, UniCredit and Intesa Sanpaolo and 10.7 percent for the lone Irish bank, Bank of Ireland.

The group does not include any banks from Greece or Cyprus, where asset disposals are even more dramatic, or regional banks
in Italy and Spain, because those banks are not big enough to make the top 30 list.

Richard Thompson, chairman of PwC's European Portfolio Advisory Group, said he expected loan portfolios with an original value of 80 billion euros to change hands this year, up from last year's 64 billion euros. The sales prices of the portfolios will be less than this because some loans are sold at a discount, though that discount has fallen recently.

"I expect pricing to continue to improve, and I expect more banks to take advantage of that," Thompson said, adding that the
European Central Bank's review of the euro zone's most important 128 banks could also trigger extra activity.

The ECB is examining whether the banks have properly valued their assets, including loans to customers, and will encourage them to take extra losses if it finds them overvalued. Its findings will be made public in October, along with EU-wide stress tests on whether banks have enough capital to withstand future crises.

KBW's Rehn said the ECB exercise could prompt more banks to sell assets if it leads to higher provisions for loan losses.

The net impact on capital is the same whether loans are written down to market price or sold at a loss, but if banks are
forced to make writedowns, there is no incentive to hang on to assets just to avoid a loss on sale.