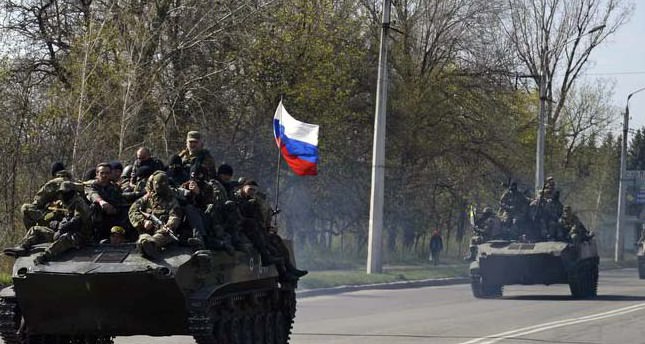 by Apr 16, 2014 12:00 am
KIEV — Ukraine's prime minister on Wednesday accused Russia of "exporting terrorism" to Ukraine by using covert forces to organise armed separatists who he said had attacked Ukrainian forces and occupied state buildings.

"The Russian government must immediately call off its intelligence-diversionary groups, condemn the terrorists and demand that they free the buildings," Arseny Yatseniuk told a government meeting.

"That is, if the Russian Federation is interested in stabilising the situation, which I have significant doubts about," he added.