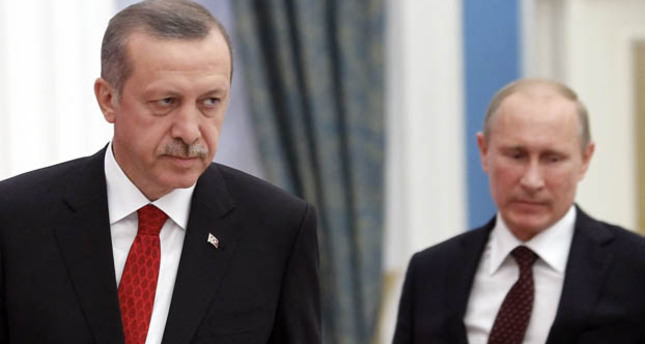 by AA Apr 18, 2014 12:00 am
ANKARA — Turkey's Prime Minister Recep Tayyip Erdoğan has expressed the country's sensitivity towards the safety of Crimean Tatars in Crimea in light of the ongoing crisis in Ukraine in a phone conversation with Russian President Vladimir Putin late Thursday.

Last month, Turkey's Foreign Minister Ahmet Davutoğlu touched upon the same "sensitivity" with Erdogan as he said that "ensuring the safety and well-being of Crimean Tatars is Turkey's priority regarding the situation in Ukraine."

Crimean Tatars make up roughly 13 percent of Crimea's 2.1 million population. In 1944, they were deported en masse to Central Asia by Moscow and only returned to Crimea as the Soviet Union collapsed in the late 1980s.