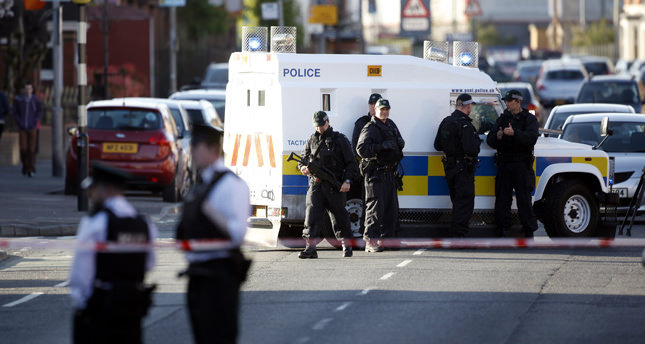 Tommy Crossan, 43, once the Belfast leader of the Irish Republican Army splinter group, was shot several times Friday while sitting in an office in the Northern Irish capital. Police have arrested a 26-year-old man in connection with the killing. Crossan, who had six children and five grandchildren, was gunned down at a fuel depot in full view of surrounding houses.

"Mr Crossan was shot a number of times at close range in his upper body area as he sat in the office of the business of a family friend," detective superintendent Jonathan Roberts told reporters.

It was a "brutal and ruthless attack which has no place in society," he said. Mr Crossan was known to police, but no matter what his lifestyle was, absolutely nothing justifies this barbaric action.

"One line of inquiry centres on individuals or groups who would associate themselves with dissident groupings." Roberts said.

Crossan, who was believed to have been the subject of a death threat, was once the CIRA's Belfast leader but had been expelled from the group some years ago after a dispute.

The 1998 Good Friday peace accords largely brought to an end three decades of sectarian violence in the province and ushered in power-sharing between the communities.

Northern Ireland's First Minister Peter Robinson, a Protestant unionist, and Deputy First Minister Martin McGuinness, a Catholic republican and a former commander in the mainstream IRA, both condemned the killing.

Robinson said: "The small minority of people who want to continue terrorising the community need to understand that they will not be allowed to drag Northern Ireland back to the dark days of the past."

McGuinness said: "Dialogue not destruction is the way forward, and while there may be a small minority of people who are trying to promote division and heighten tensions, let's be very clear, they will fail. "The peace process is rock solid."